Robbie Williams reckons he's a bit of a caveman because he wants his wife, actress Ayda Field, to stay at home rather than go back to work.

Robbie, who has just released his new album Swings Both Ways, added, ''But she's really f***ing talented and incredibly charismatic. But, selfishly, I want her to be at home with me.''

Robbie and Ayda have a 14-month-old baby together, Theodora Rose, and they both joined him on his recent UK tour.

''The purpose of the tour was not only to entertain people and get my confidence back, but also to take care of us as a family, financially," Robbie says. "So my responsibility to my family was to get enough sleep and perform the best that I can perform.

'Me and Teddy hung out in the dressing room during the afternoon and early evening then she went off to bed . . . I didn't have to juggle anything because mummy took take of everything.'' 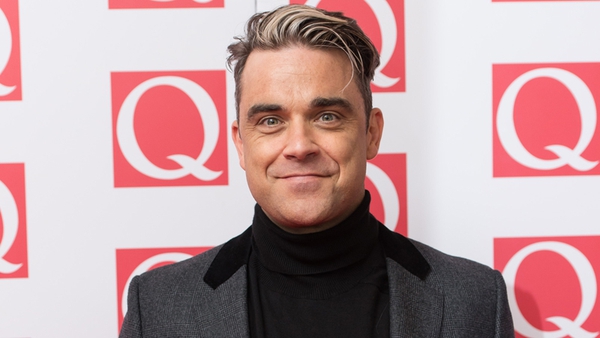