Peaches Geldof opened up about her "traumatic pregnancies" on last night's Saturday Night Show on RTÉ One.

The TV presenter told host Brendan O'Connor: "I had two quite traumatic pregnancies. With my first pregnancy I had something called Hyperemesis gravidarum, which everyone knows about now because Kate Middleton, the Duchess of Cambridge had it as well. It's really serious, people can die from it. I lost two stone, I was being sick up to forty times a day, continuously. It's like morning sickness but throughout the whole of your pregnancy.

"And then with my second child, it was a lot easier but I had a sort of thyroid problem, which is quite good actually because you can eat whatever you want, you don't have to have medication and you don't just don't gain any weight, ever."

The star, who is married to musician Thomas Cohen, also opened up about how her two sons, 17-month-old Astala Dylan Willow and 7-month-old Phaedra Bloom Forever, have kept her grounded.

She explained: "I do think that a lot of my life was spent working, and between working I was drifting around, going to different countries, I lived in American a lot and I kept moving back to the UK, and I was sort of rootless. And then when I had my children I was really anchored into one place, and my husband as well was keeping me there.

"Through that I found a really big sense of serenity and peace and became the sort of earth mother which no one would ever have predicted. It's definitely the best thing I've ever done."

You can watch Peaches full interview with Brendan on the RTÉ Player here. 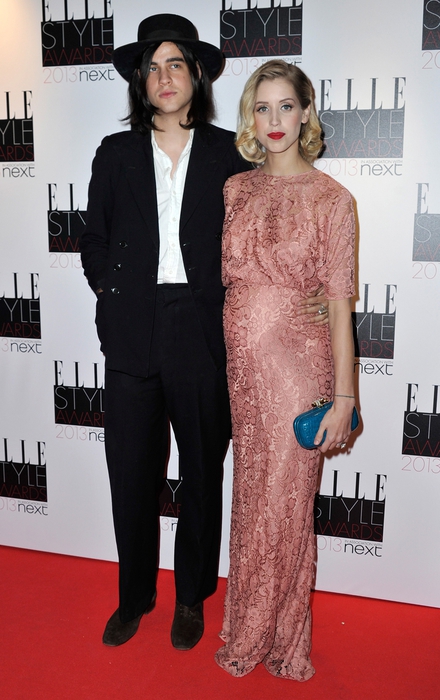