TV and Radio presenter Aoibhinn Ní Shúilleabháin is involved with a new Physics Outreach Programme on the Dart, Dart Physics.

Dart Commuters will have their commute transformed with a jolt of science being added to the daily commute and Ní Shúilleabháin is amongst the scientists behind the idea.

Over eight weeks starting this week commuters will get to learn scientific concepts through tricky teasers, mind-melting facts and seemingly illogical questions that will be scattered throughout the DART.

For more check out www.dartofphysics.ie

The presenter of RTÉ Radio 1's Aoibhinn and Company also told RTÉ TEN who will be on the show this Sunday morning at 10am: "This week I'll be interviewing Dorothy Cross, an artist and she does a lot of installations and sculptures and her work is a little bit weird but I mean that in a good way because when you look at it its very striking, its images that really stay with you."

"She'll be an interesting guest I think and with her is her brother Tom who is a zoologist and he was a lecturer in UCC so it's kind of chat about art meets science."

Talking Science, RTÉ One's The Science Squad has just finished but the Phd student is hoping there will be more:  "Hopefully there will be another series, that was our second series, we had seven programmes for that.

"Science is a zeitgeist thing at the moment, everyone's trying to get into it...I think it's great that people are thinking about science in terms of curiosity and creativity rather than something that you just read in a book and you have to learn off by heart."

In between her Phd study, TV and Radio presenting and teaching, the former Rose of Tralee does get to enjoy a little down time: "My box at home is full of all programmes that I've recorded. Love/Hate, I was very slow to get on to that - I can't wait to have a free weekend so I can watch all of it at the same time.

"And you know those kind of girly shows like The Good Wife and things like that, I love watching that, so that's down time." 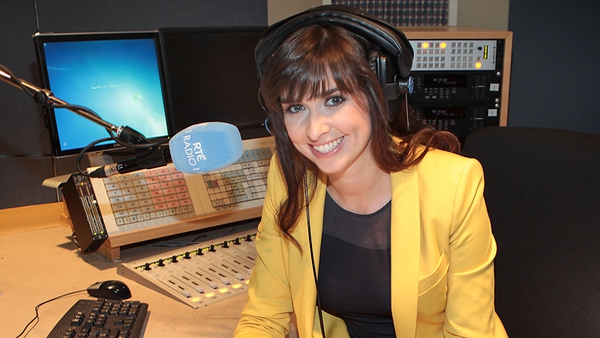