The proposal Kardashian fans have all been waiting for has finally happed, yes folks, Kimye are set to tie the knot!

Marking her 33rd birthday in style, 36-year-old rapper, Kanye West, asked his reality TV star girlfriend, Kim Kardashian, to be his wife after 18-months of dating.

But in usual Kanye style, his proposal was not something ordinary.

The Yeezus star rented out the AT&T Park baseball stadium in San Francisco for the occasion. When Kim arrived a 50-piece orchestra started playing her favourite song, Young and Beautiful by Lana Del Rey, Kanye then got down on bended knee in the middle of the park as a huge message flashed up on the video scoreboard saying: "PLEEESE MARRY MEEE!!!".

As soon the Kim accepted, fireworks exploded and her family and friends came flooding into the arena to congratulate the couple and to check out the 15 carat diamond engagement ring that Kanye presented her with.

Kanye was in Los Angeles earlier in the day to attend the Hollywood Film Awards, and it was unclear whether he planned to spend Kim's birthday with her. The excitement began however when Kim was spotted boarding a private jet that afternoon with her family in Los Angeles.

Speaking to E! News Kim's mother Kris Jenner said: "A match made in heaven! I am so happy for both of my kids, Kim and Kanye."

Kanye had asked permission from the family matriarch for her daughter's hand in marriage earlier in the day.

Kimye, who are first-time parents to their four-month-old daughter, North, are reportedly considering expanding their family in the near future.  A source told RadarOnline: "They are discussing having another baby right away. It's serious. [Kim] is well aware that she's getting older, and that if she wants to have a bigger family, then she needs to get it done." 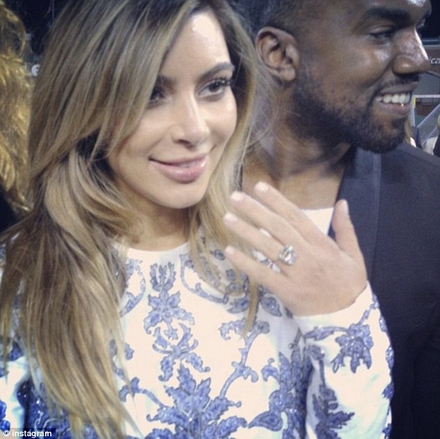 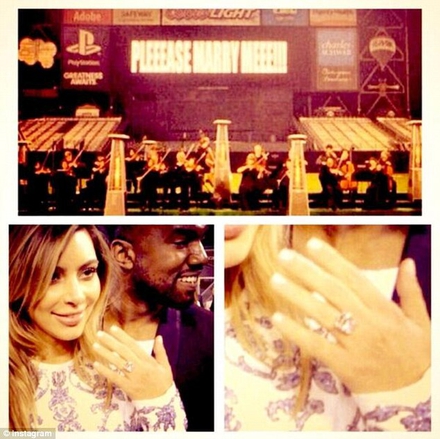 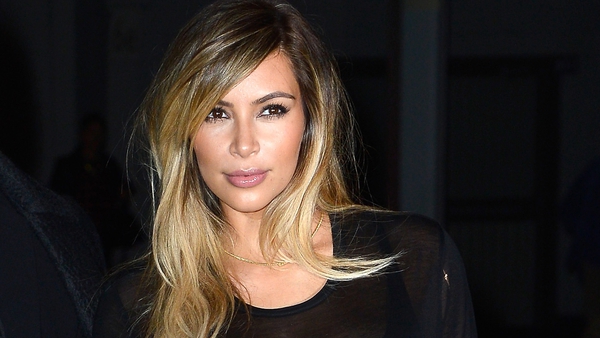