A stuntman was seriously injured on the set of Brad Pitt's upcoming World War II drama, Fury, when he was accidently stabbed with a bayonet.

The movie, which is set for release late next year, is currently being filmed in Oxfordshire in London. During the filming of a battle scene yesterday (Oct 15), a 35-year old male stuntman was seriously injured when a nine-inch blade accidently pierced his shoulder. The man was immediately airlifted to the John Radcliffe hospital in Oxford.

The police were called to the movie set but are not treating the stabbing as a criminal offence but have instead referred the incident to the Health and Safety Executive for a possible investigation.

A spokesperson for the local police has said: "The matter has been left with the HSE at this stage."

The Telegraph reports that the stuntman remains in hospital but is in a stable condition.

Brad Pitt, his co-star Shia LeBeouf and the director David Ayer, were not present when the incident occurred.

Pitt plays the role of Sgt Wardaddy, who commands a five man crew and a Sherman tank as they go behind enemy lines on a deadly mission. 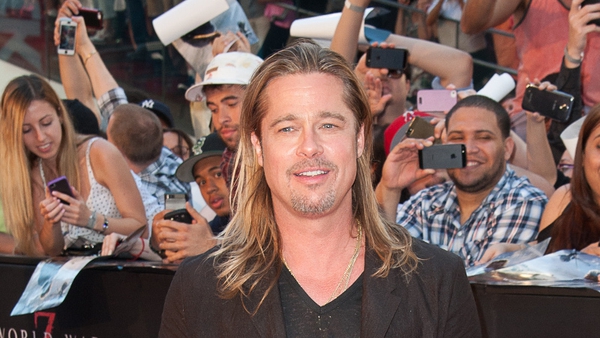