It has been announced that Tina Fey and Amy Poehler will host the 2014 and 2015 Golden Globes awards.

The Hollywood Foreign Press Association and broadcaster NBC announced the news on Tuesday. It comes as no surprise following the duo's acclaimed hosting of the 2013 ceremony.

Paul Telegdy of NBC said: “Tina and Amy are two of the most talented comedic writer/performers in our business and they were a major reason the Golden Globes was the most entertaining awards show of last season.

“We’re elated they wanted to host together again and that they committed for the next two years.” 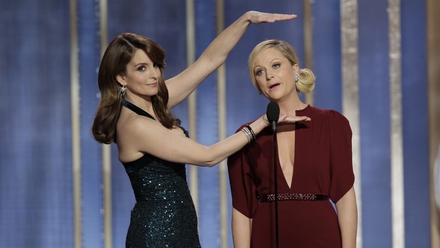 Fey and Poehler at the 2013 Golden Globes