Saoirse Ronan says that she doesn't see her latest co-star Ryan Gosling as a heartthrob but she does reckon he's a very sweet and very smart guy.

Speaking to RTÉ TEN, the 19-year-old Oscar nominee said that she was keen to work with Gosling on his directorial debut, How to Catch a Monster.

"I was supposed to do The Lovely Bones with him and that didn't work out but I absolutely loved him from that and found him so sweet and seeing him over the last few years I really do love him as an actor.

"I don't think of him as a heartthrob or anything like that. He's a very, very sweet guy and an extremely talented actor and I wanted to work with him for that [reason]."

Gosling had originally been cast in Peter Jackson's The Lovely Bones to play the father of Ronan's lead character but was replaced by Mark Wahlberg.

Ronan stars in How to Catch a Monster with Eva Mendes and Christina Hendricks. The movie, which is out next summer, is about a single mother whose teenage son discovers a secret underworld.

Speaking about Gosling's directing style, Ronan said: "Ryan knew it was his first film and he was very humble in that way but he was incredibly clear on his tone, his style, what the heart of the film needed to be.

"It was really exciting in that way because you never knew what you were going to get in that way, it was a surprise for us."

She added: "He's the best, he's very smart, very creative when it comes to music and film and he's very confident and comfortable in who he is and so everyone else is very comfortable because of that.

"If you're looking at your leader or your boss and he's very cool and chilled out about everything, you end up taking the same attitude towards that sort of stuff, so it was great.

"The film was great. I went straight onto that after Wes' [Anderson's film The Grand Budapest Hotel]. We come from this very precise environment where everything is decided ahead of time to going on to a film where you learn your lines the night before and you get there and 'forget everything you learned, we're going to improve the whole thing.'

"So we had a general idea of what we wanted to show and what we needed to bring out more and that did take me a while to get used to that but once I did I found it was such a great learning experience."

Saoirse Ronan's new film How I Live Now is in cinemas now, read our review here 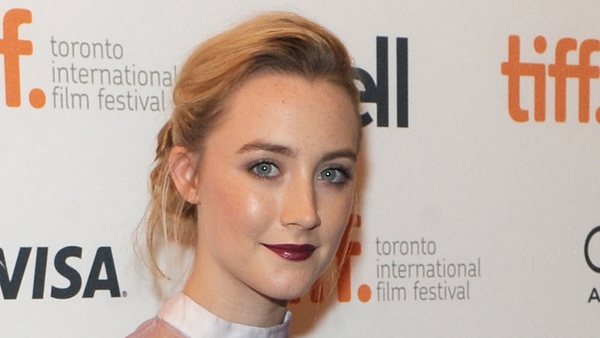