Beatles legend Paul McCartney has said he went to watch Beyonce perform live to get inspiration for his own concerts.

The 71-year-old star revealed that he makes a point of checking out the live shows by current chart artists because he wants to make sure his own concerts don't seem ''old fashioned''.

He said: ''If I'm gonna do a tour I like to go and see what other people are doing. I don't wanna bring my tour out and be amazingly old-fashioned.

Paul said he saw Jay-Z and Kanye West's Watch the Throne gig at The O2 in London last year and he says the show made him appreciate the ''poetry'' of hip-hop.

McCartney told NME magazine:  ''I was expecting it to be, 'Oh it's great, it's hip-hop, it's loud,' but I hadn't until then got the urban poetry element.

When asked how the Beatles rocketed to fame, Paul insisted that he has no idea, adding: ''People used to say to The Beatles in America, 'Who writes the words and who writes the music?' And we'd say, 'Both of us.' 'So what's your formula?' We'd go, 'Well if we had one, we'd bottle it but then probably break the bottle and lose the formula.' You know, you don't want a formula. I don't ever want to find out what I'm doing.'' 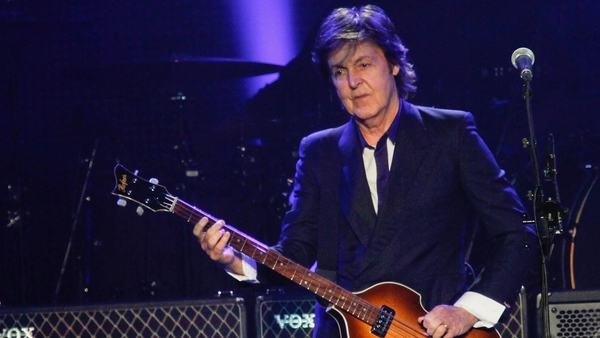