The rain has not dampened spirits on the Big Music Week train, especially after the rousing reception it received from locals at Mallow Train Station.

Kathryn Thomas played host and also enjoyed a dance or two with the members of the enthusiastic audience.

Ryan O’Shaughnessy is having so much fun on board that he decided to cancel his plans and give an impromptu performance of Fun’s We Are Young, much to the delight of the crowd.

Ryan was scheduled to disembark in Mallow and head back to Dublin but the 21-year-old singer/songwriter is having is now staying on board until tomorrow. He told RTÉ Ten: “I can’t get off the train now, I’m having too much craic!”

He added: “I heard Mick Flannery is on the train too, it would be a dream to jam with him at some stage. Here’s hoping we can make it happen.” 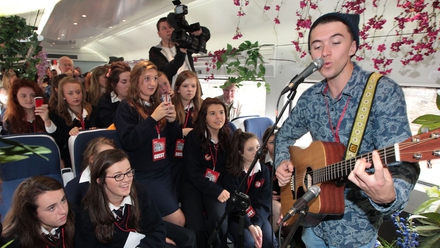 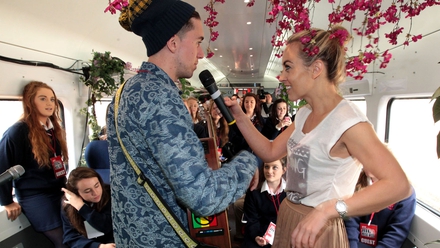 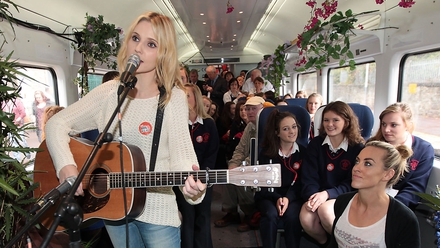 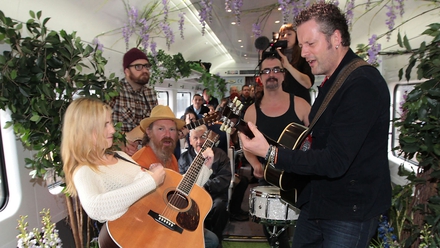 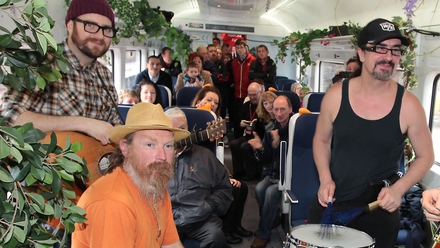 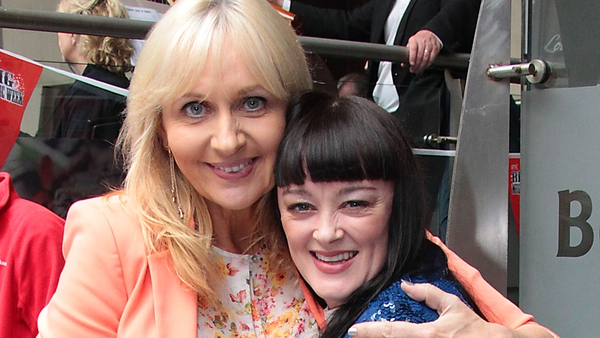 All aboard the RTÉ Big Music Week train