Alan Sugar is suing former BBC Apprentice winner Stella English for £35,000 after she lost her constructive dismissal case against him.

The UK businessman claims she deliberately lied about her job at his company being a "sham" in a bid to ruin his reputation. He wants the five-figure compensation to cover his legal costs and damages.

English, who won season six of BBC show The Apprentice in 2010, told a tribunal in April that she was forced out of the firm and shunned by colleagues - but her allegations were unanimously dismissed.

Sugar's lawyer Seamus Sweeney subsequently told Stratford Employment Tribunal that he believes English knew the claims were untrue but went ahead with her case to remain in the public eye.

"We recognise it is not normal to bring costs claims at a tribunal but we maintain that the proceedings brought were completely unreasonable," he said.

"The claimant knew her allegations that the job was a sham were untrue because when questioned by me at tribunal she accepted it was untrue. It was a real job, with real money and real duties.

"To put out to the world at large that the job was a sham had the effect of bringing the respondent company, Lord Sugar and broadcaster the BBC into disrepute. That was the effect.

"There is very little glamour sitting behind a desk in an office working in an IT company, compared with the glamour of being on a popular television [show]. It may have been boring."

Sweeney went on to allege that English "went missing" from her role and subsequently hired legendary PR guru Max Clifford to sell her story.

"There was a sense by her employers that the glamour had gone out of it for her," he said. "She went and got a PR guru and the inference of this, we submit, was to keep the claimant in the public eye. Otherwise why would she go to the press and bring these claims?" 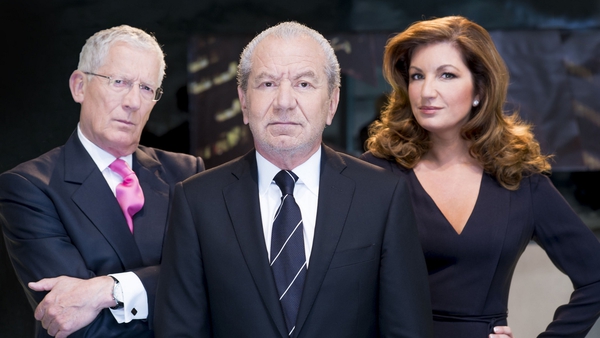 Sugar has no plans to fire himself