The first trailer for IT Crowd star-turned-director Richard Ayoade's The Double has been released.

The trailer was unveiled ahead of the film's premiere at the Toronto International Film Festival this weekend.

Jesse Eisenberg leads the cast of the movie that's based on Fyodor Dostoevsky's novella The Double: A Petersburg Poem.

The cinema version brings the events of the novella forward to the present day and follows a government clerk who becomes convinced that a doppelganger has stolen his name, face and identity.

In the trailer, Eisenberg is seen playing the double role of Simon and James as he walks through a dimly-lit corridor to the sound of Son House's Grinnin' in Your Face.

Mia Wasikowska, Noah Taylor and Ayoade's Submarine star Yasmin Paige are among those featured in the film's supporting cast. 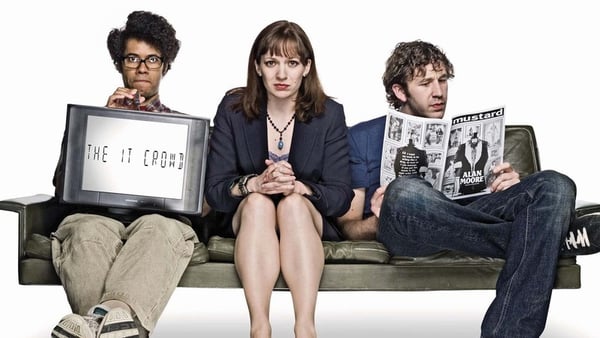 The IT Crowd finale is coming to Channel 4