Your chance to win VIP tickets to the People of the Year Awards 2013!

The People of the Year Awards, organised by Rehab, provide a unique opportunity for the Irish public to honour those who have made a real difference to people's lives, whether as unsung heroes or household names.

This year, the star studded event, which takes place in Citywest on Saturday 14 September, will be broadcast live on RTÉ One at 9.35pm and will be presented by Gráinne Seoige.

RTÉ Ten has teamed up with Rehab to offer one lucky reader an amazing prize – two VIP tickets to The People of the Years 2013. You and a friend get to walk the red carpet, mingle with the winners and celebrities at a drinks reception in the VIP lounge, followed by a four-course dinner. You will also be part of the live broadcast of the programme on RTÉ One which will be presented by Gráinne Seoige and then dance the night away at the post-awards disco!

To be in with a chance of winning simply send your answer to the following question, along with your name, address and contact phone number to tencompetitions@rte.ie Please put People of the Year in the subject line.

Who will present The People of Year Awards 2013?

This completion will be open until 1pm on Wednesday September 11. If the winner is under the age of 18, they must be accompanied by a person over the age of 18 to the event. All other RTÉ competition rules apply, a copy of which can be found here. 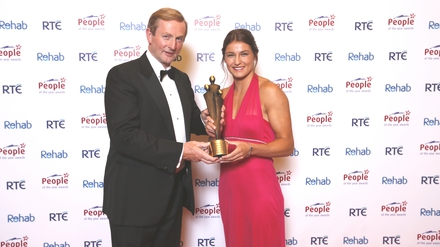