The funeral mass for Seamus Heaney, who died suddenly on Friday aged 74, took place this morning at the Church of the Sacred Heart in Donnybrook in Dublin.

In his opening words of the mass chief celebrant Monsignor Brendan Devlin said that as a poet and a man the Nobel Prize winner was all too aware of human mortality.

"It is an ending common to us all and, therefore, in a sense, appropriate, to that great democrat Seamus Heaney, who could speak to the King of Sweden, or an Oxford don, or a south Derry neighbour, in the directness of a common and shared humanity."

President Michael D Higgins led the mourners paying their respects today to his widow Marie and their children Christopher, Michael and Catherine.

Also attending today’s ceremony were the Taoiseach Enda Kenny, Brian Friel, all four members of U2 as well as former Irish President Mary McAleese and her husband Dr Martin McAleese.

Following the mass, Seamus Heaney’s remains will be brought to Bellaghy Cemetery in Derry for burial.

Books of condolence will be open today at the Mansion House in Dublin, City Hall in Belfast and the Guildhall in Derry. 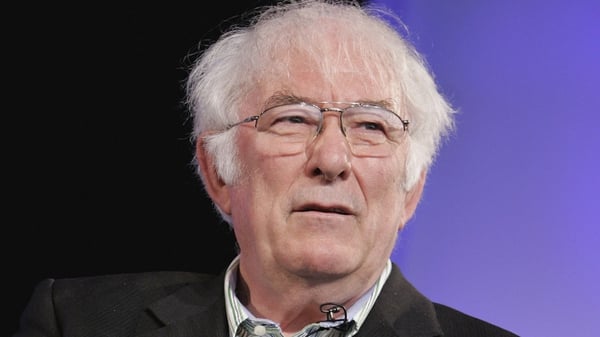