Troubled actress Lindsay Lohan has opened up to Oprah Winfrey in a televised interview about her “chaotic” life.

Speaking in a interview on Oprah’s OWN network which was broadcast in the US last night, she admitted she was an addict but said that her addiction is to alcohol.

She also admitted to taking cocaine but added "I never felt good the next day." She said she took it as it "allowed me to drink more. It was a party thing. People would have it, and I'd do it."

She also said she was terrified of going to jail saying "Having all the chaos around me that I was so comfortable with, I somewhere inside knew I wanted to go to jail. And I think that that was subconsciously being put out there just by my actions, or lack thereof."

The actress has been in rehab six times and says is now clean, says The Hollywood Reporter. In response to the question if she is addicted to chaos, she replied "I think so. Yeah, it was a comfortable choice to me.

"What was chaotic to other people in the outside looking in was normal. There is something to be said about me learning to be comfortable with things just being OK."

The actress also said she is keen to prove herself in her career saying "[I'm ready] to get the thing that has made me happiest my whole life back, which is to work really hard, stay focused and prove myself."

She continued "I have to regain trust in people, in my career, that had doubts, and I fully respect that on their behalf. As long as I stay honest in myself and do the work I'm willing to do and have been willing to do and am doing, then nothing can stand in my way. I am my own worst enemy, and I know that." 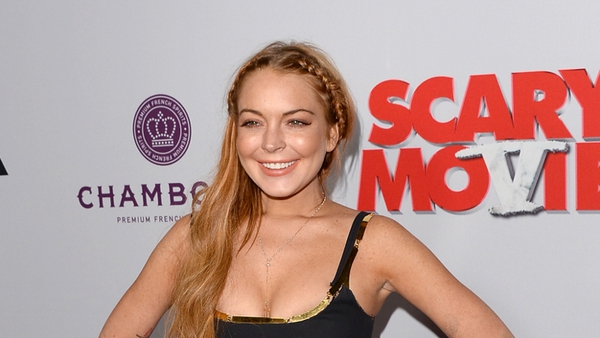