Cavan band The Strypes have announced a Dublin date to mark the release of their debut album Snapshot which is due out on September 6th.

The teen band play an over 18s only show at The Academy on September 19th. Tickets priced €25.00 go on sale this Wednesday (July 31st) at 9am but RTÉ Ten have two sets of double tickets to give away right now.

To be in with a chance to see the band in action in what is sure to be a sold-out show, simply send the answer to this question in an e mail marked Strypes and include your contact details to: tencompetitions@rte.ie

What is the title of The Strypes forthcoming debut album?

Closing date for entry is 12 noon on Friday, August 2nd,

The Strypes are currently putting the finishing touches to Snapshot with producer Chris Thomas in London. Thomas has previously worked with The Sex Pistols, The Beatles, Procol Harum, Roxy Music, Elton John and U2.

Tracks recorded by The Strypes for the debut include What A Shame, She's So Fine, Angel Eyes, I Can Tell and What The People Don't See.

The band are also set to chime with the huge increase in vinyl sales by releasing the album on the revitalised format.

Last week the boys were back in their native Cavan to record a video for new single What a Shame and they’ll be supporting The Arctic Monkeys on their upcoming Autumn tour. 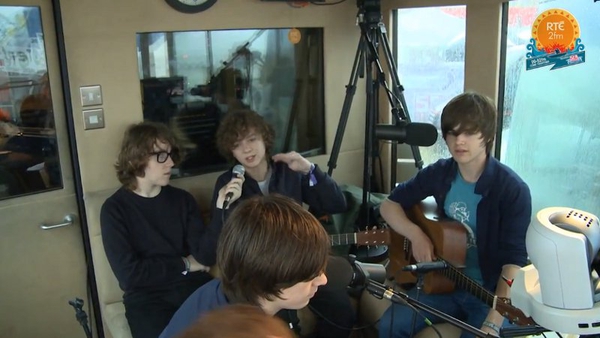 The Strypes at Sea Sessions