Jennifer Lawrence has revealed she gave her Academy Award to her parents as it felt "weird" having it in her house.

The 22-year-old actress picked up the gong – her first ever Oscar win – at this year's ceremony for her role in Silver Linings Playbook, which also starred Bradley Cooper.

Speaking to Access Hollywood recently Lawrence said: "My parents took it back to Kentucky, 'cos I felt odd having it, like, on display in my house.

"If anybody's coming over to my house, I didn't want them to remember that. Just kind of puts a weird energy out.

"I put it in the hallway towards the bathroom, and my mum was like, 'I'm taking it. It shouldn't be here'. And now it's on a piano in Kentucky!"

Lawrence can next been seen in The Hunger Games: Catching Fire which will be released on November 22. 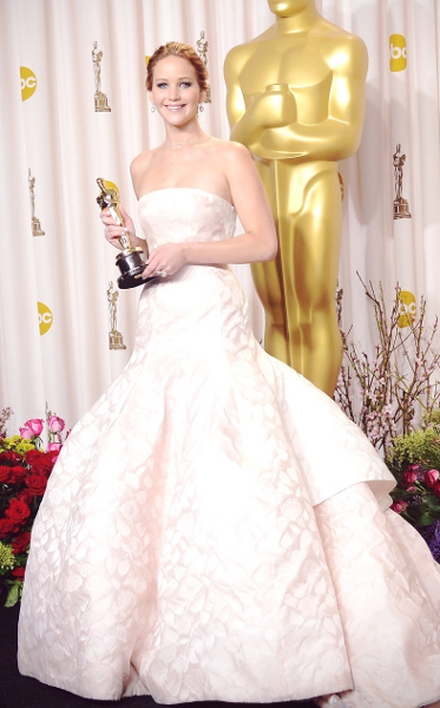