The Duchess of Cambridge, Kate Middleton, has given birth to a baby boy weighing 8lb 6oz.

The baby is Prince William and his wife's first child and will be third in line to the throne.

He was born at 4.24pm in the Lindo Wing of St Mary's Hospital in London.

His name will be announced at a later date but bookmakers favour George and James.

As the birth was announced, a loud cheer went up from the well-wishers and media gathered outside outside the hospital in west London.

The couple had arrived at the hospital at around dawn, dodging the pack of world media camped outside the main entrance by using an unmarked car and entering through a side door.

The birth of the baby prince means the British monarchy has three generations of heirs to the throne for the first time since 1894.

The duke issued a brief statement saying: "We could not be happier". 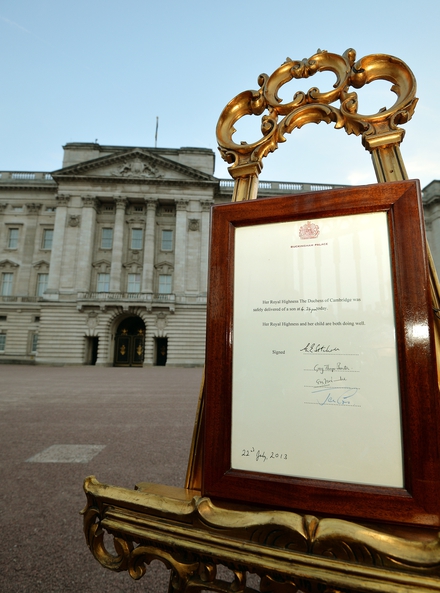