The US First Lady Michelle Obama and her two daughters, Sasha and Malia, are wrapping up their two-day visit to Ireland before departing later today with President Obama for Germany.

The family enjoyed lunch this afternoon at Finnegan's pub in Dalkey. Sixty invited guests attended the lunch including U2 frontman Bono and his wife Ali Hewson. On the menu at the well-known pub today was smoked bacon and cabbage, cottage pie, salmon and chicken and ham with mozzarella.

Earlier Mrs Obama and her two daughters enjoyed a tour of Glendalough in Co Wicklow this morning. They trio were given a guided tour of the sixth century monastic site in the Wicklow Mountains National Park.

Yesterday evening the family attended a special performance of Riverdance at Dublin’s Gaiety Theatre where they were welcomed by the President’s wife Sabina Higgins, the Taoiseach’s wife, Fionnuala Kenny and Riverdance creator Moya Doherty.

Mrs Obama addressed the young audience before the performance saying “it’s good to be home” adding “you have made my family feel right at home here in Ireland.”

Later the family dined at Matt the Thresher's on Pembroke Street in Dublin City Centre with Mrs Obama and her daughters arriving at around 6.45pm and staying until just before 9pm. 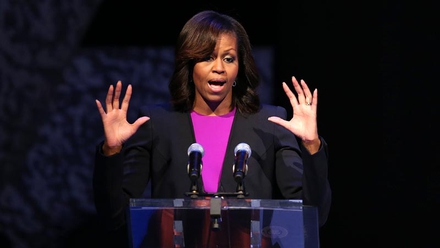 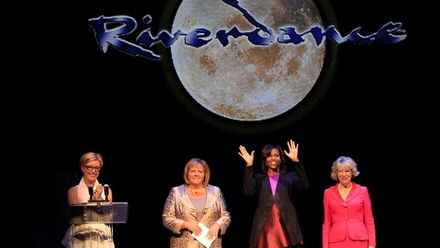 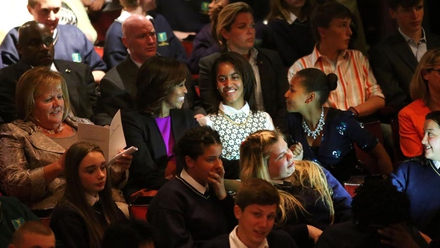