Nicky Byrne has said he and wife, Georgina, are very excited over their baby news.

As to whether they're going to find out the sex of he baby, he said: "I don't know, we've discussed it - we didn't on the boys [twins Rocco and Jay]. It's one of those things where we thought 'Maybe we will' but I don't know, we're kind of old fashioned that way. The surprise is great, isn't it? We don't know yet."

Byrne says the twins are looking forward to the new arrivals: "They're delighted. I think at the beginning when you start discussing 'Would you like a little brother or sister', I think it was a bit like 'No, chance' but they've come right around now and they're very excited about it."

He added: "I suppose its how you play it and how you talk about it - all the exciting things that they'll get to do with their new brother or sister, touch wood. So its very exciting times in our household." 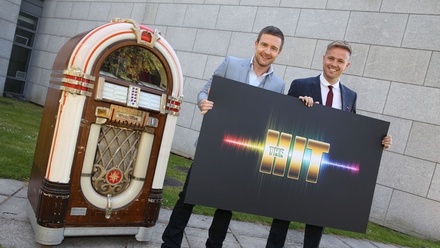