Tracey Thorn, one half of Everything but the Girl who had hits in 1980s and 1990s, is back with new music and a book.

Ahead of an interview with Thorn on his 2fm show tomorrow, Saturday June 1, Dave Fanning said: "She was one half of 1980s' credible rock duo Everything But the Girl, while at the same time released poptastic singles that made the top of the charts. One of the very few to straddle both camps in the 80's.

"In the 90s' she had the biggest hit she ever had [Missing, which was remixed by DJ Todd Terry] and in the noughtie's she vanished. Now she's back and she is the Bedsit Disco Queen, Tracey Thorn."

Bedsit Disco Queen: How I Grew Up and Tried to Be a Pop Star is Thorn's (snappily-titled) memoir which many have compared, style wise, to her friend Caitlin Moran's How to be a Woman.

Tune into the Dave Fanning Show, tomorrow Saturday June 1, 10am to 12pm on RTÉ's 2fm or on the RTÉ Radio Player www.rte.ie/radioplayer or via the RTÉ Radio App on your mobile.

In fact Moran, who delivered a sold-out talk in Dublin recently as part of the Writer's Festival, wrote a quote which is on the book's cover.

She wrote: "The Alan Bennett of pop memoirists. I loved her book so much I wanted to form a band, too. Preferably with Thorn." 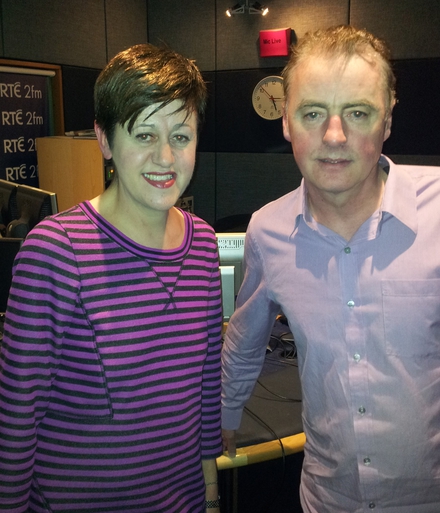