A sneak peek of Jennifer Lawrence as Mystique in X-Men: Days of Future Past has been revealed.

Director Bryan Singer gave fans a first look of the actress as her X-Men counterpart in a photo he posted on his Twitter page.

The photo shows Lawrence in a blue body suit as opposed to paint, with yellow contact lenses and bright copper hair.

Lawrence previously said: "I'm so excited because I'm going to wear a body suit. It will be from neck down so it will cut out time and the blisters."

Peter Dinklage, who plays much-loved Tyrion Lannister in Game of Thrones, will star as one of the film's villains. 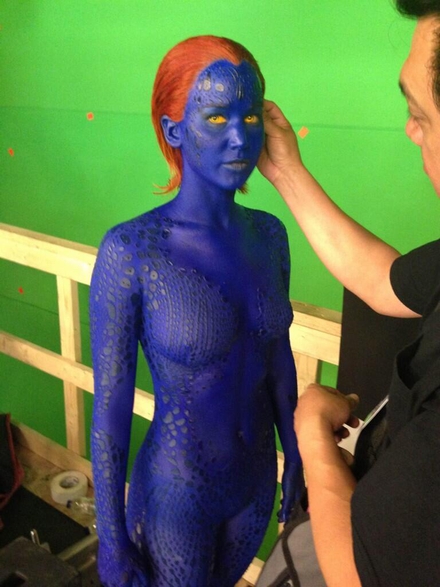