The Zero Dark Thirty star took the opportunity to pay tribute to the movie star by wearing a diamond and sapphire necklace once owned by Taylor, which was a gift from Richard Burton.

The dazzling Bulgari piece, which Burton gave to Taylor after they fell in love on the set of Cleopatra, took centre stage, and Chastain chose to keep the rest of her look simple, wearing a cream draped Versace gown and a matching sapphire ring.

The evening dress featured a high boat neckline, long sleeves, a cinched in waist and draping at the back.

Speaking about the jewels, Chastain told the Daily Mail: "It was a symbol of their epic love.

"I call them the Cleopatra jewels because Richard Burton bought them for Elizabeth Taylor when they fell in love when they were shooting Cleopatra. I'm so excited to be wearing them."

She added: "I feel so lucky to be wearing them. They looked so fabulous on her and she was a movie star from her head to her toes. That kind of glamorous star doesn't exist anymore but their diamonds do." 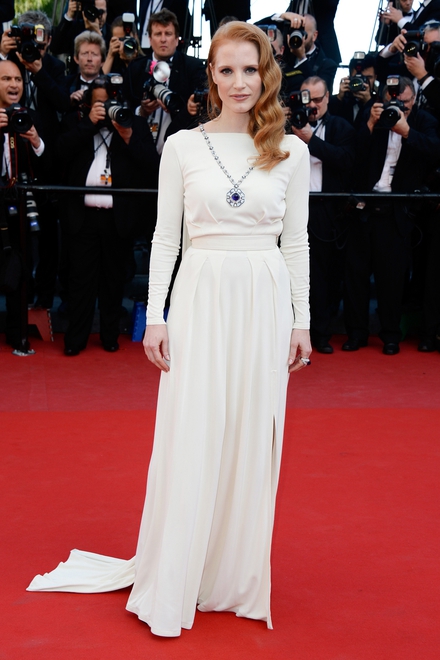 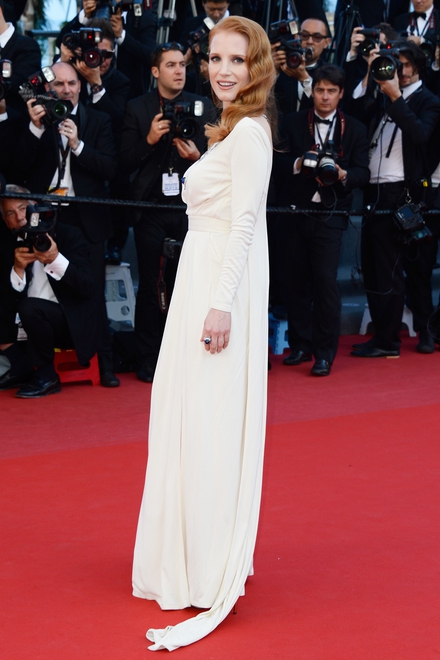 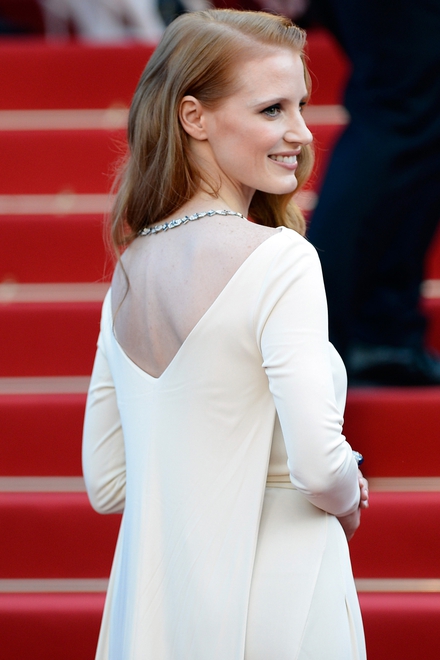 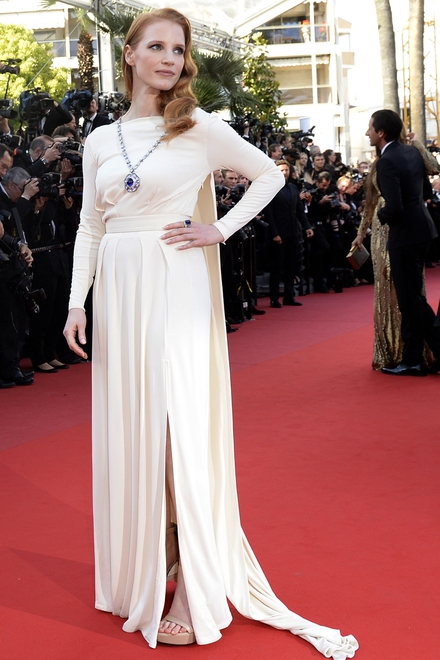 Milla Jovovich also made an appearance at the Cleopatra Cannes screening, wearing an embellished Prada gown.

The frock featured a black silk spaghetti strapped top with a navy embellished skirt. The daring number was backless with criss-crossed embellished straps, while the actress channelled Taylor with heavily kohled eye makeup. 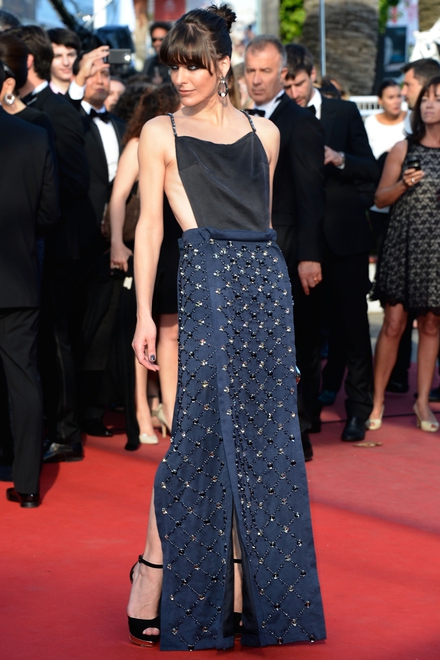 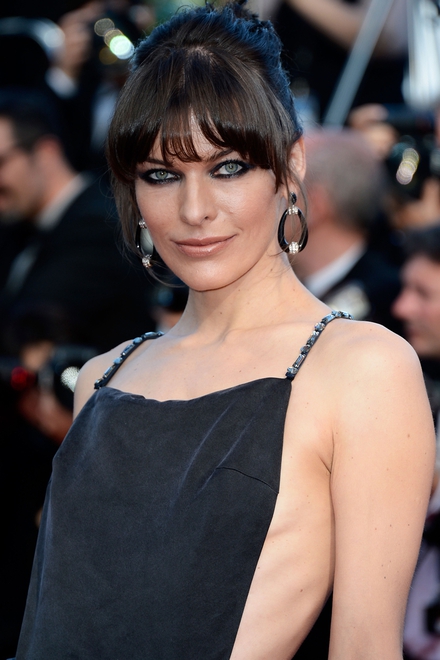 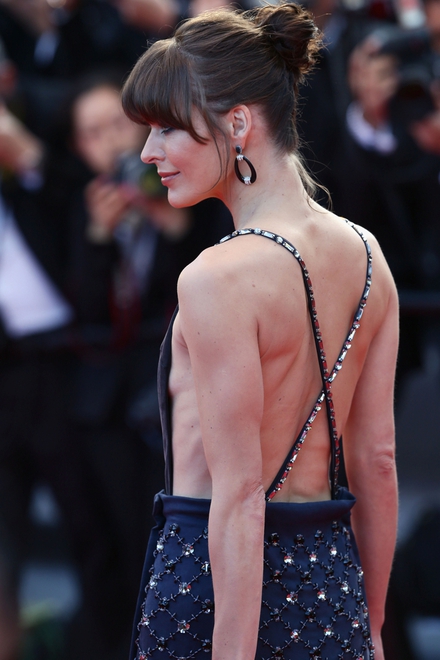 A pair of scarlet satin Louboutin pumps and her signature red lip finished off the look. 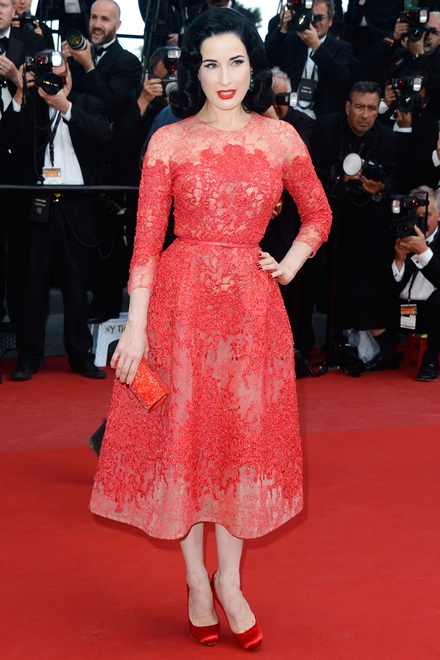