Robbie Willaims says he's too terrified to ask his friend Adele to sing a duet with him for his new swing album but he has confirmed that he'll be recording a new song with Canadian crooner Michael Bublé.

Speaking to RTÉ Ten about the on-going rumours that he's working with Adele, 39-year-old Williams said: "She's my mate and I’m absolutely terrified to ask her! I haven’t asked her and I won’t be asking her because the whole world wants to sing with Adele right now.

Read our interview with Robbie here.

Williams did reveal that he's planning to team up with Michael Buble for the new swing album which he hopes will emulate the success of Swing When You're Winning, the 2001 album which became the biggest success of Williams' career after it sold eight million copies.

"I can tell you that Mr Michael Bublé is on the album," Robbie said. "Me and Michael on the same record, I’m so excited! We’re going to record a song I’ve written and graciously, he thinks it’s a good tune too and wants to be on it and I am a big fan-girl of him.

"He’s quite a presence. I’m a pop star, I’ve got a `character' and a `personality' and all that but when he comes into the studio, I stand back and just enjoy him being him.”

In the interview with RTÉ Ten, Robbie also talks about being on "bots, barf and bath" duty with his six-month-old daughter Theodora Rose and why the new crop of pop stars are "terrified" of the media.

Williams brings his Take the Crown Stadium Tour to the Aviva, Dublin on June 14. 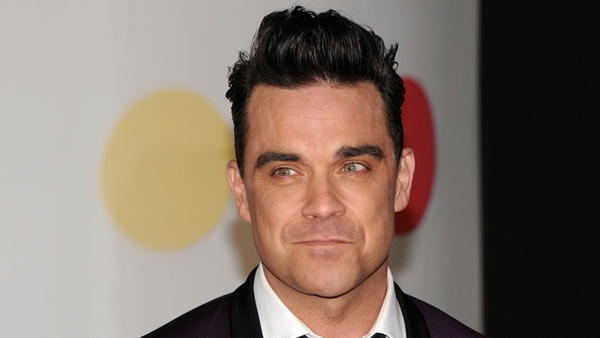