The Dark Knight Rises star Aaron Eckhart says that he's "sort of a loner because I have moved around so much in my life."

Speaking to Simon Delaney, who is sitting in for Ryan Tubridy on RTÉ 2fm, this morning Eckhart says that his peripatetic upbringing in California, England, Australia, France and Hawaii shaped the kind of actor he has become.

"I think so. I did read a statistic that a large percentage of actors are the last child and they've moved around in their childhood because you have to use your imagination, you have to adapt, you have to make friends quickly.

"I'm sort of a loner and that's because I have moved around so much in my life. I've spent a lot of time alone and using my imagination and creativity has helped fill the hours."

Eckhart added: "All my hobby pursuits are loner hobby pursuits, they're photography, I cycle, I play guitar, I write music, things are not dependant on group participation."

The actor will next be seen in Olympus Has Fallen, a film about a terrorist attack on the American White House, in which he plays the President. The film opens on Wednesday April 17. 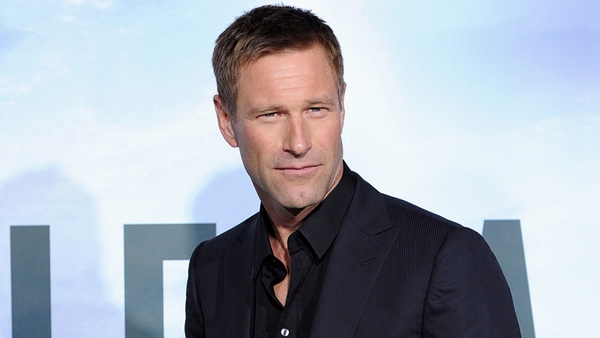 Aaron Eckhart to play US President