The Village, the new BBC One epic period drama which stars Love/Hate actress Charlie Murphy (Siobhán), begins on Easter Sunday, March 31, at 9:00pm, and you can read an interview with Murphy on RTÉ TEN.

The BBC says The Village, which also stars Maxine Peake and John Simm, charts "the life and turbulent times of one English village across the whole of the 20th century".

"The camera never leaves the village. Births, deaths, love and betrayal, great political events, upheavals in national identity, ways of working, rules kept and rebellions made, sex, religion, class, the shaping of modern memory - all refracted through the lives of the villagers and the village..."

Below, Murphy talks about her character and the making of the show.

What character do you play and tell us a bit about her?
Charlie Murphy: I play Martha Lane. She has just moved to the village because her father runs a Methodist Church there. So she's a bit of an outsider at the beginning. She's young and full of energy and morals. She becomes very hands-on with the fallen characters in the village - trying to save their souls, but with all this she's still a young woman.

You filmed in the Peak District.
It was my first time there. It really is a stunning setting and although the weather was quite harsh, we didn't get snowed in – which we were expecting.

What did you like best about the period costumes?
Jodie Fidell-Walker did my hair and make- up. She is so talented and fun to work with; I was very lucky. I think in daily preparation I enjoyed being in the make-up trailer the most: the women there were fabulous - even to watch them dress wigs for the other actors, or work on wounds. But costumes were fun too, with a time span of six years so it was exciting to start in 1914 and then slowly change to 1920.

Did you have to learn a new skill for your character?
Not really... but I learned how to endure a corset for 10+ hours if that's a skill?!

How did it feel going back to basics?
Oh God, it was an eye-opener. All the contraptions for daily life – I had this romantic notion of time back then, but I know it was hard work just getting by if you didn't have any money. People were made of stronger stuff. 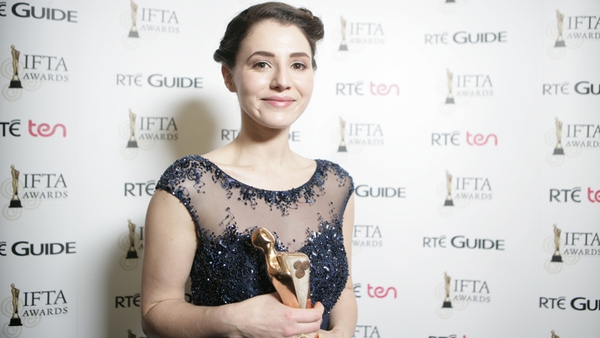