Salma Hayek admitted that she cried before shooting nude scenes with Antonio Banderas.

The 46-year-old actress explained that she was worried about what her parents would think when they saw her on screen.

Speaking to The Sun newspaper, Hayek said: "It was my first chance at an American film and I knew I had to take it.

''In Desperado, I had great difficulty doing the love scene with Antonio Banderas. I actually cried.

''I didn't want to be naked in front of a camera and kept on thinking, 'What will my mother and father think about this?' ''

She added: ''When the movie came out the critics were saying, 'Salma Hayek is a bombshell'.

''I was confused because I thought they were saying that the movie had 'bombed', as in failed, and it was all my fault.''

Salma, is married to Francois-Henri Pinault, with whom she has daughter Valentina Paloma Pinault. 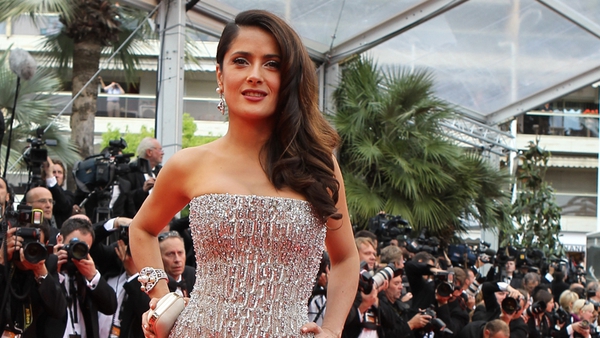