We've got 10 pair of tickets to give-away to the hilarious new Irish musical at the Bord Gáis Energy Theatre that charts the rise and fall of Celtic Tiger Ireland.

From the creative grouping that has given the nation Dustin The Turkey, Ross O’Carroll Kelly, Langerland.tv and Anonymous comes the world premiere of ANGLO: The Musical.

Written by Paul Howard and based on an original story by Johnny Morrison, Darren Smith and Colm Tobin, and directed by Michael Barker Cavan this is the hilarious tale of Celtic Tiger Ireland.

ANGLO: The Musical charts the dramatic rise and fall of a nation via a cast of puppets, bankers, politicians, developers and even the odd human being… 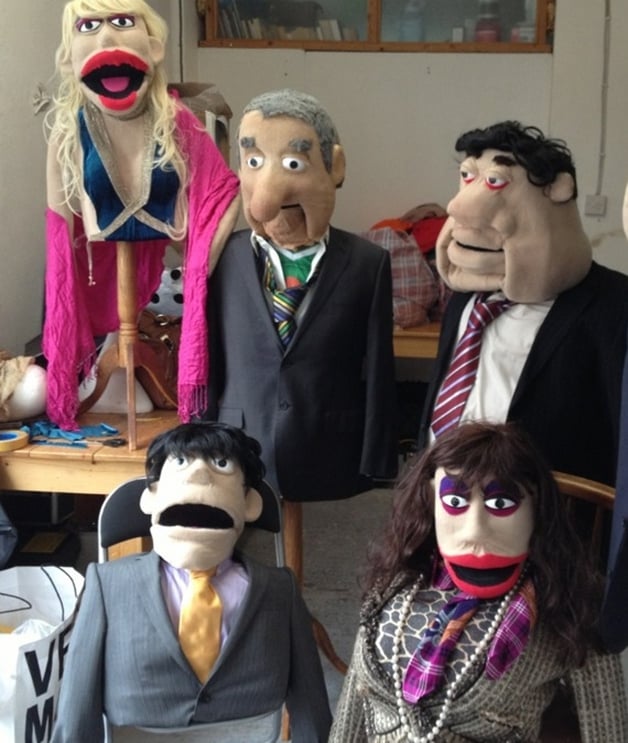 To be in with a chance to attend the opening night of ANGLO: The Musical on Wednesday November 14, send you answer to the following question, along with your name and a daytime contact number to entertainmentonline@rte.ie

Who wrote ANGLO: The Musical?

This competition closes 1pm on Monday November 12. Winners will be notified soon after. Terms and conditions apply. This prize is non-transferrable and no cash alternative is available. Standard RTÉ competition rules apply, a copy of which is available here.