Liam Neeson has spoken about reprising his role of Bryan Mills in Taken 2, saying that he initially had reservations about doing a sequel to the hit action movie.

The actor explained to RTÉ TEN: "I had reservations about doing the sequel about two years ago. The producers came to me with a storyline that I thought was not terribly good. I thought the first film was complete in itself. I thought it was a really good, pacy action movie with a simple, effective storyline and that was it. But then they came back with this scenario, set in Istanbul, and I thought ‘Maybe this could work, ok, let’s go for it’”.

You can watch RTÉ TEN's full interview with Liam Neeson, interview with Taken 2 director Olivier Megaton and features on the film by clicking the links on your left.

After the success of Taken, Neeson was catapulted into the action-movie genre. He explained the appeal of doing these films, saying: “I like doing this stuff. It’s come to me later on in life, with the success of the first Taken, Hollywood have thrown three or four different action movies my way. I feel like a kid in a candy store, I love doing that stuff. I love hanging out with these great stunt guys and fight choreographers. It’s a great catharsis, I love getting the chance to be physical and do this stuff.”

Neeson also explained the process of preparing for the fight sequences, saying: "We get together with our stunt coordinator, in this case this wonderful French ex-Special Forces operative, called Alain Figlarz, who actually plays Suko in the film, my nemesis.

"He introduced a style of fighting in the first Bourne Identity, very close combat, which I found very difficult because I’m a big person and I like a bit of distance in fighting. So I found it a bit strange to do this very close hand-to-hand combat stuff, but we got the fight choreographed, and then it’s a matter of rehearsing it and practicing it every day after we wrapped." 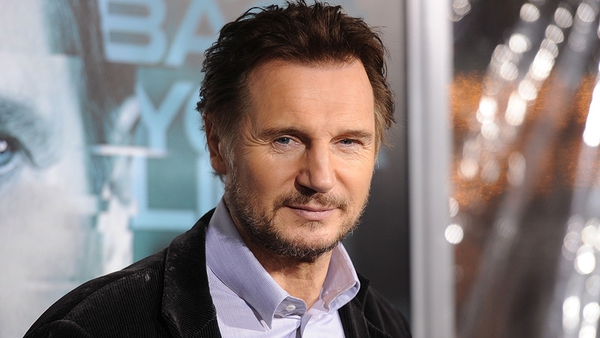