British singer Jamelia was last night unveiled as the new coach on The Voice of Ireland.

The 31-year-old singer joins Kian Egan, Bressie and Sharon Corr as a coach on the upcoming, second season of the popular singing competition.

Speaking to Ryan Tubridy during an appearance on The Late Late Show last night, the singer confirmed her new position. She will replace Brian Kennedy, who will not be appearing in the next season due to scheduling issues. "I jumped at the chance," the singer told Tubridy. "This is an amazing opportunity and I am especially looking forward to being part of someone else’s career and passing on the torch and I can’t wait to meet the other coaches."

Speaking about what she will bring to the coaching table, she said: "I'm an R&B singer and I don't think you had much of that last season. I'm really looking forward to bringing that out in the Irish."

"I can't lie, I have to be honest," she responded to Tubridy when asked if she will be a mean judge. "I don't think it serves people by lying to them so it's better to tell them the truth. I think Sharon needed another girl too, we needed a bit of girl power!" Jamelia had her big break at the age of 15 when she was signed by EMI after hearing her sing on a cassette tape. Jamelia, last name Davis, went on to have three chart-topping albums which produced seven Top 10 UK singles. The singer has won four MOBO Awards, two Q Awards and eight Brit Award nominations.

The Voice of Ireland returns to RTÉ One early next year. Click here to watch a clip of the singer talking about her new role. 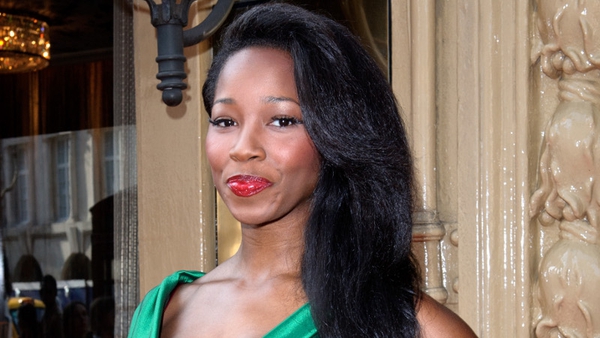