The winners of X Factor, Little Mix, have knocked themselves off of the top spot, by claiming the Irish No.1 with their debut single 'Cannonball'.

The four-piece girlband have knocked 'Wishing On A Star', a charity single by the collective final 16 of the X Factor 2011, off the top spot, which now sits at No. 5.

The top five is nearly all related to the talent competition, with Coldplay jumping eleven spots to No.3 after their performance on last Sunday night's final in Wembley Arena. Former contestant Olly Murs also keeps his hold within the top five for single 'Dance With Me Tonight'.

2006 winner Leona Lewis' cover of 'Hurt', performed during the final, also jumps within the top twenty, as does Damien Rice's original version of 'Cannonball'.

Narrowly missing out on the top spot is 'Winter Song' by Sara Bareilles and Ingrid Michaelson, which is heavily featured on screens as the track on the O2 Christmas ad.

The girlband will find out their fate in the UK during the Sunday evening chart with Reggie Yates. The girlband are on course to claim Christmas No.1 in both countries, meanwhile a campaign to get Nirvana to No.1 seems to be out of reach.

Spearheaded on Facebook, the campaign aims to get a classic rock song to No.1, like the campaign for Rage Against The Machine in 2009. 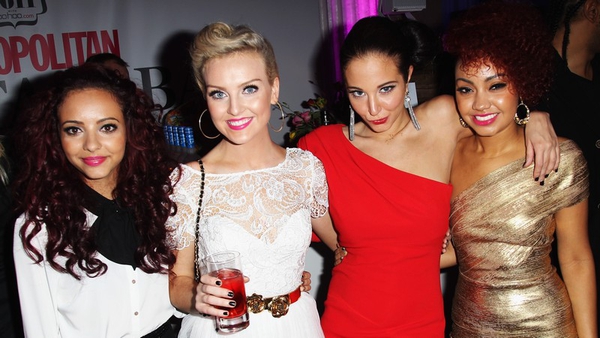