Former Glamour model Jodie Marsh has revealed a shocking new look, transforming herself into a bodybuilder.

The 32-year-old has been pumping iron down the gym with her personal trainer Tim Sharp as part of a Discovery Channel documentary called Jodie Marsh Bodybuilder, which is set to air January 2012.

Marsh underwent a massive transformation owing to a strict 50-day diet and punishing training regime, that saw her win fifth place in a bodybuilding competition this weekend.

Now, Jodie has revealed that originally wanted to just lose a bit of weight because she was fed up with her "flabby" appearance, reports The Sun. 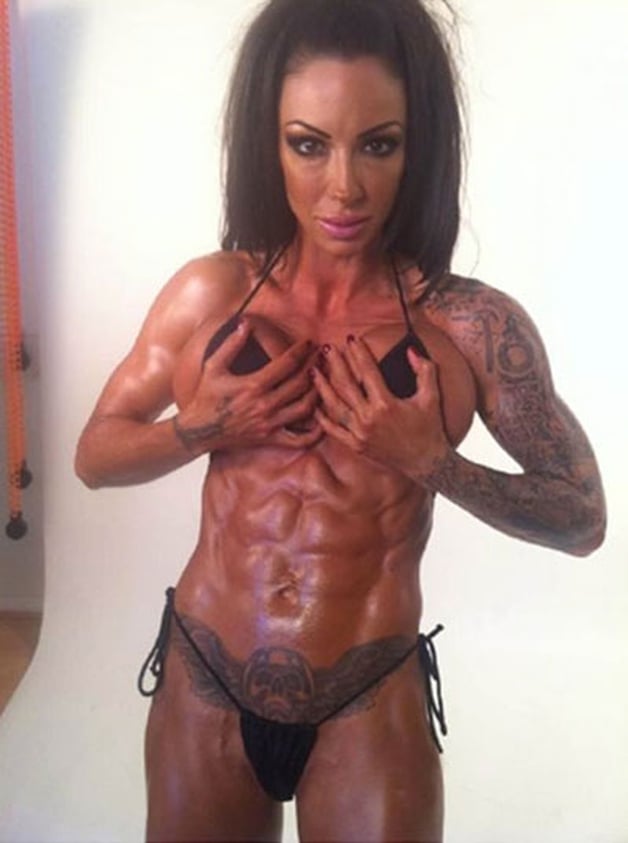 The former glamour model also said her new image had another benefit: “I have never attracted so much interest from blokes in my life," she said. "It's been a real eye-opener. For the last two years I went through a complete drought of men."

"No one was chatting me up. I despaired of ever having a boyfriend, or even a date, again.

"But since I became a bodybuilder I've suddenly got about 50 guys interested in me."