Jeremy Irons has blasted political correctness, stating that a woman does not need to revert to the law to “deal with it” if a man places a hand on her bottom.

The Hollywood star, and Irish resident, was talking to the Radio Times on the eve of his latest vehicle, the opulent costume drama, The Borgias in which he plays the corrupt Pope Alexander VI. "Most people are robust,” he said. “If a man puts his hand on a woman's bottom, any woman worth her salt can deal with it. It's communication. Can't we be friendly?"

The Oscar winner (Reversal of Fortune) said that there was too much legislation governing such matters. "It's gone too far,” said the 62-year-old. “There are too many people in power with too little to do, so they churn out laws to justify their jobs. I hope it's a rash that will wear itself out."

Irons, who is married to the Irish actress, Sinéad Cusack for over 33 years, also spoke of his private life. "Lack of privacy is faintly aggravating, particularly if you have a salacious private life, which I hope most people have. We only live once.

"There are newspaper gossip girls who chat you up at parties when you're in your cups and should be at home. And there it is (the) next day on the breakfast table." 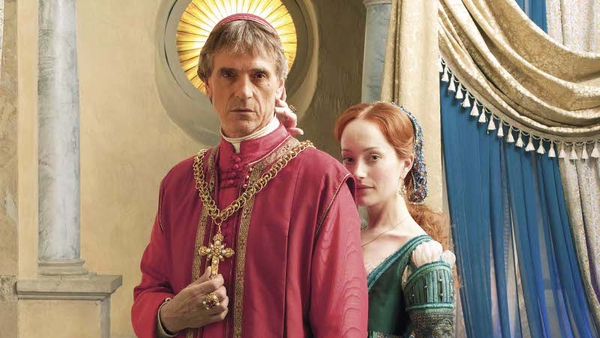 The Gangs of Rome