Katie Holmes has filed a $50 million libel lawsuit against the American publication Star Magazine following a recent cover story which insinuated that she took drugs.

In a January issue of the publication an image of Holmes appeared on the cover alongside the headline: "Addiction Nightmare: Katie Drug Shocker!"

The accompanying story inside the magazine did not allege that she used drugs, but rather said her "addiction" came from use of Scientology treatments, reports the Associated Press.

Holmes filed legal documents against American Media Inc. on Tuesday, saying the cover was defamatory and not backed up by the inside feature. The lawsuit also makes the point that people who did not read the story and only saw the cover would make false assumptions based on the headline.

Holmes' attorney said in a statement the claims were "malicious... untrue, unethical and unlawful", adding: "Not only do they cruelly defame Katie, they play a cheap trick on the public, making ridiculously false claims on the cover unsupported by anything inside."

The actress commented: "Of all the fabricated stories that continue to be published about me, this instance is beyond the pale. The publisher knew this outrageous story was false and printed it anyway to sell magazines."

However, Star Magazine said in a statement that the tabloid is standing by the story and will "vigorously defend" the allegations, Digital Spy reports. 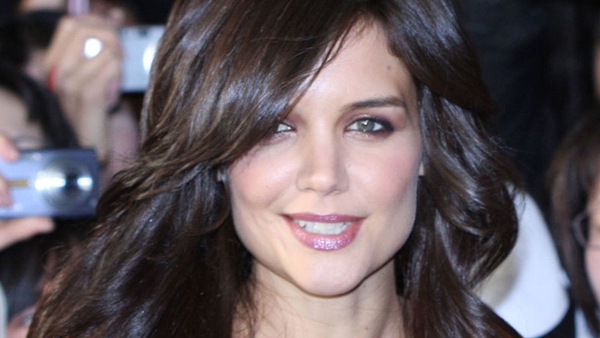