The five finalists for 'Eurosong 2011' and the host Ryan Tubridy have said that they are very excited about tonight's show.

Speaking about 'Eurosong', Ryan Tubridy said: "It's a strange night of Eurovision stuff. Anything can happen. It's one of my peculiar nights I have to say."

"Some people love it in the same way people love the 'Rose of Tralee' and they love 'The Toy Show'. It's one of those big-ticket events and because this one is global it means a lot to people. So yeah, they take it very seriously."

Contestant Don Mescall said: "Eurovision has always been a huge thing in our house over the years. It would be the one sort of big musical event every year."

Speaking about his song, he said: "It's a great song before the show. It's going to be a great song after the show, no matter what the result because the result can be kind of a lottery sometimes. So I'm really looking forward to singing it."

Wendy Vard, of The Vard Sisters, said: "It's our Olympics as a musician to go out there, to go to represent your country, the honour."

Nikki Kavanagh said of taking part: "For me it was always about finding the right song so when this song came along... I knew it was the one."

"It was what Ireland needed to bring it up to date within the Eurovision."

Tammy Browne from Bling said of the Eurovision: "I'm obsessed with it, absolutely 100%, from such a young age. This is all I've ever wanted to do."

Gari Deegan from Bling said: "Obviously anyone would love to represent their country doing anything so if we won it would be amazing to go to Germany."

Jedward said: "We're such big fans of Eurovision. It's amazing to think that we could have the opportunity of representing Ireland."

"We watch it every single year. It's amazing that we have a really good song, we've got a good stage performance, the whole presence. Everything is so positive."

"When we get up on that stage we're in a totally different world and we feel like that's what the whole of Europe needs to see. We need to capture everyone and get them to get on Planet Jedward." 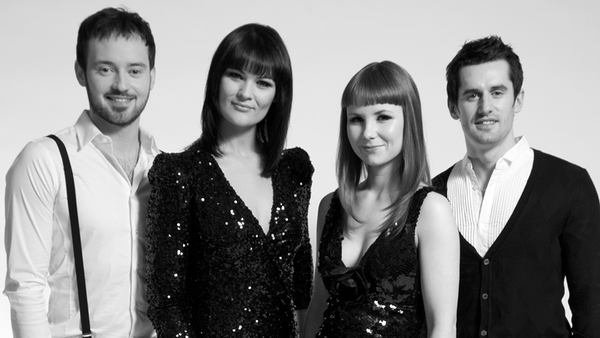