The actor starred as market trader Sanjay, who was married to Gita - played by Shobu Kapoor - between 1993 and 1998.

Verma said, in contrast to his time on the BBC1 soap, the show is now moving backwards.

He said: "My character and Shobu's character were the first real characters on the show that were proper (Asian) people. We didn't have P**i accents. I just acted like a Hackney boy, like a barrow boy."

He added: "We did that 15 years ago. We need to move forwards. It's going backwards."

He said the BBC1 programme should look to ITV soap 'Coronation Street' for how to depict Asian characters.

"Jimmi Harkishin (who plays Dev Alahan) is brilliant. That's what it should be like. He's just a dodgy womanising sleazebag. He's Indian but that's got nothing to do with it. He's just a brilliant actor. That's where it should be going. I think 'Coronation Street' has done better than 'EastEnders' recently."

Verma also said some actors were too "lazy and scared" to question the way their characters are represented.

"They may not have gone completely with it, but they went some way with it. But actors are scared. They've got to pay mortgages and they've got kids to feed. They're not going to go up to people and say 'I'm not doing an Indian accent'."

"The Masood family have proved to be hugely popular with 'EastEnders' viewers - Nitin (Ganatra) and Nina (Wadia) won 'best on-screen partnership' and Nina won 'best comedy performer' at this year's British Soap Awards - which is a real testament to how successfully the Masoods have established themselves in Walford." 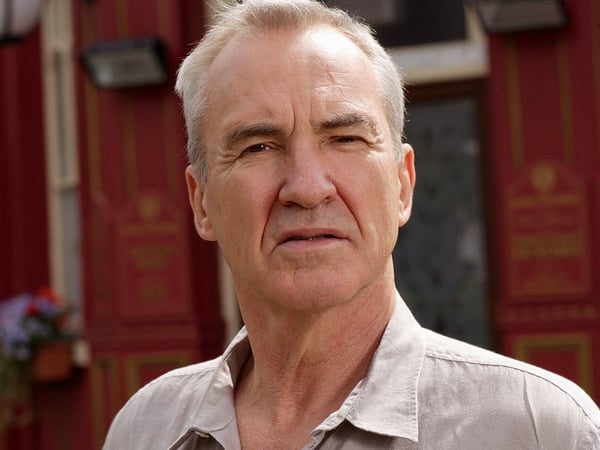 Lamb: 'Archie wants to be a family man'