Rapper Eminem has opened up about recording his new album, 'Relapse', which is being produced by Dr Dre.

According to the BBC Eminem has said that he has no desire to reach the heights of fame he achieved at his peak.

The star, whose real name is Marshall Mathers, has been on hiatus since 2005.

Speaking to Zane Lowe, Eminem said: "For the last five months I've been working pretty much straight with Dre."

The rapper admitted that Dr Dre had taken the helm because he didn't want to have to worry about the production side.

He said: "Obviously his beats are insane but aside from that I can rap, I can write and not worry about what the beat has to sound like.

"All those things are taken care of for me. I feel like a spoilt rapper. I get to pick and choose everything."

Speaking about the record he said he only wanted the record: "...to remind people how I rap".

"There's no desire to be that big again. Whatever happens, I'll take it, but that's definitely not what I'll be recording the songs for."

Looking back on his work to date, Eminem said he felt: "Pretty good about what I've done."

He added: "I've accomplished enough with the music that I haven't had to go out there and do other things to over-saturate.

"That's probably what I take pride in most." 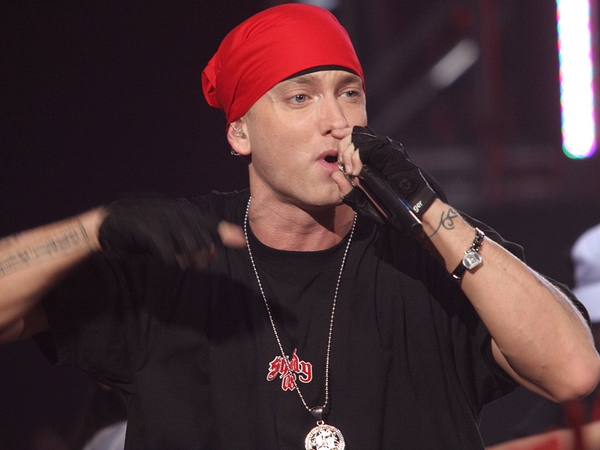