Accepting the award, Hansard said: "This is amazing...Me and Markéta... What are we doing here?"

He continued: "This has made our night. We made this film two years ago and shot it on two Handycams. It took us three weeks to make. We made it for a hundred grand."

He added: "We never thought we'd come into a room like this and be in front of you amazing people. It is amazing. Thanks for taking this film seriously. It means a lot to us. This is amazing. Make art. Make art." Read RTÉ Arts & Media Correspondent Sinéad Crowley's diary on the build-up to the Oscars here.

Irglová, who was about to make her acceptance speech when she was cut off by music, was later brought back out on stage by host Jon Stewart to make her speech.

In her acceptance speech, Irglová said: "Hi everyone. I just want to thank you so much. This is such a big deal, not only for us, but for all other independent musicians and artists that spend most of their time struggling, and this, the fact that we're standing here tonight, the fact that we're able to hold this, it's just to prove no matter how far out your dreams are, it's possible."

She continued: "And, you know, fair play to those who dare to dream and don't give up. And this song was written from a perspective of hope, and hope at the end of the day connects us all, no matter how different we are. And so thank you so much those who helped us along way. Thank you."

Listen to Markéta Irglová talk about the Oscars and her speech here.

'Once', which was shot in Dublin, also won the Best Foreign Film award at the Independent Spirit Awards in the US at the weekend.

She continued: "2008 has been a tremendously successful year for Irish cinema, as witnessed by the many international nominations and awards already garnered. Last night's achievements at the Oscars are a further sign of the inexhaustible supply of creativity and talent with which this country has been blessed."

Congratulating the people involved in 'Once' on their Oscar success, the Minister for Arts, Sport and Tourism, Séamus Brennan, said that winning the Oscar was a wonderful boost to the Irish film industry and was further international recognition of Ireland's filmmaking ability and strong talent pool.

He said the success of 'Falling Slowly' showed that rich and original talent could still rise to the very top of the entertainment world irrespective of the size of the budget involved in a production.

"All involved in the funding and making of 'Once', especially the Irish Film Board, deserve our fullest congratulations and gratitude for having the foresight to realise the potential of this simple yet captivating story," he said.

Check out all the style from the red carpet in our Oscars photo gallery here.

The Oscars will be screened on RTÉ Two tonight at 9pm.

Hansard and Irglová are among the featured artists on 'Other Voices' on Wednesday 5 March on RTÉ Two at 11.25pm.

Among the songs they performed for the programme are: 'Falling Slowly', 'Once' and 'Gold'. 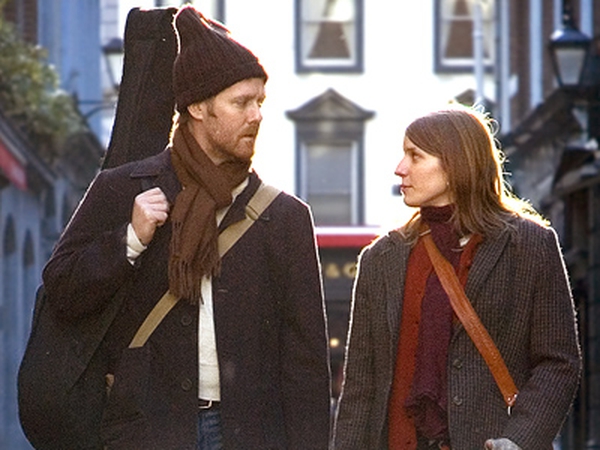 Hansard, Irglová to sing at Oscars