Colin Farrell has revealed his number one ambition as a teenager was to line out for Dublin soccer club Shamrock Rovers.

The Hollywood star told veteran US chatshow host David Letterman that he had initially hoped to follow in the footsteps of his father Eamon and his uncle Tommy and wear the club's famed green and white hoops.

Watch the interview here. RTÉ is not responsible for the content of external websites.

Farrell played for his local team, Castleknock Celtic, as a teenager and said: "I played until I was about 15 and I thought it was what I wanted to do. And then I realised I'd do something less meaningful – like acting."

Asked by Letterman if he would have been good enough to play football professionally, Farrell replied: "Nope! I thought I might have been, but I had a can of beer when I was 14 and that was the end of that – I didn't want it enough."

Farrell's father Eamon and his uncle Tommy played for Shamrock Rovers during the 1960s. Eamon was part of Rovers' 1962 FAI Cup winning team, while Tommy won the League and Cup double in 1964.

Farrell was presented with honorary membership of the Shamrock Rovers Supporters Club in 2002. 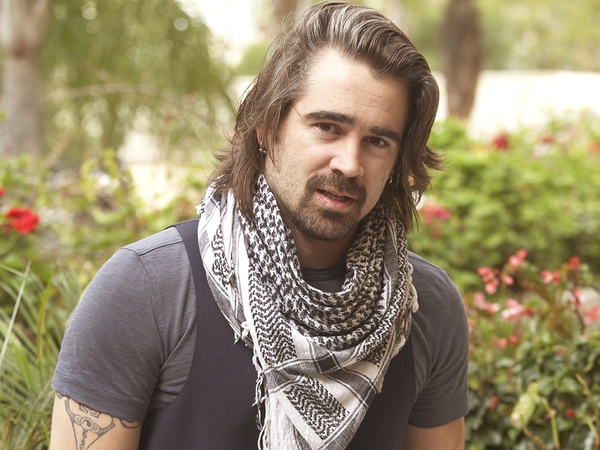