Glen Hansard has revealed his surprise at being nominated for a Best Original Song Oscar for 'Falling Slowly' from the film 'Once'.

In an interview with RTÉ Arts & Media Correspondent Sinéad Crowley, which can be heard here, Hansard said he "couldn't believe" the remarkable achievements of director John Carney's low-budget film.

Hansard, who is nominated for the Oscar along with his co-star Markéta Irglová, said: "I just couldn't believe it. I didn't sleep last night… It's a mad, mad concept, our little film that went and did this. It's insane.

"People had been talking about this thing (Oscar nomination), and about the possibility of it happening but I guess, to be honest, I just pushed it away because I thought 'I'm not going to get excited about this'. Maybe it's a typically Irish reaction; I just didn't want to get let down. But I guess secretly I really, really hoped for it."

The Frames frontman noted that the idea of a nod from the Oscar academy seemed totally ridiculous at the time of filming.

"There was a funny moment when we were shooting the scene for 'Falling Slowly' in the piano room", he said, "and John (Carney) said, joking, 'And the Oscar for Best Song goes to…' and we all started laughing because of the ridiculousness of the budget we were working on and the way we were shooting this film. We just laughed. And I rang him today and I said 'man I remembered last night what you said and I can't believe it, and none of us even dared go there in our heads but my God!"

Delighted at his own nomination, Hansard also expressed his joy at hearing of 13-year-old Saoirse Ronan's nomination in the Best Supporting Actress category for her role in 'Atonement'.

He said: "I'm so blown away for her. When I saw her name come up I was blown away. Fair play to her." 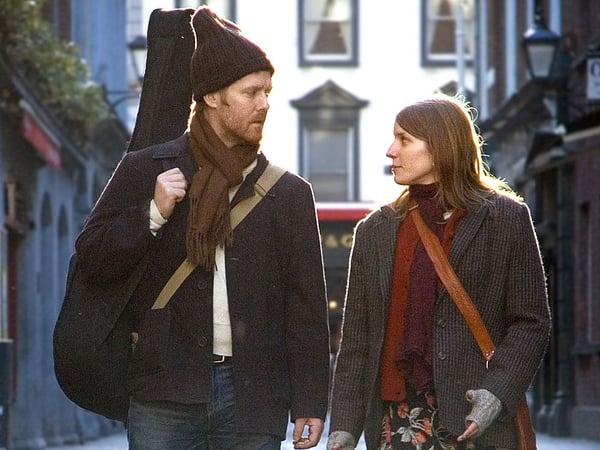 Once stars shortlisted for Grammys