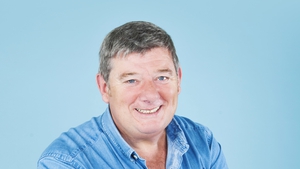 Like many people in Ireland, I’m familiar with reports about the caravans of displaced people moving through Central America to escape violence, poverty, and oppression. But, during my recent trip to Guatemala with Trócaire I was struck by the sobering reminder of how the indigenous Mayan people have been dealing with similar problems since the time of the conquistadors.

Generation after generation, these people have been pushed off their land.

A bitter conflict was fought between the military and civilian forces from the 1960s through to the 90s. An estimated 200,000 people were murdered or ‘disappeared’ – 83 percent of these victims were indigenous Mayans – and the scars of that conflict are still visible. 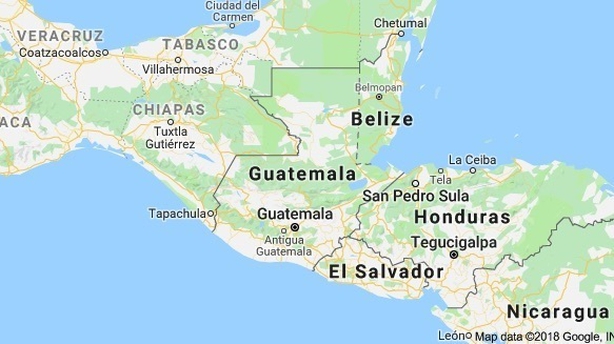 A long seven-hour journey led us to the community of Parana in the fertile and stunning Polochic Valley. This is home to a young lady who may already be familiar to you - María (9) features on this year’s Trócaire box.

María’s family were violently evicted from these lands in 2011. They returned here four years later with the backing of Trócaire, although their long-term future remains uncertain.

Despite generations of displacement, the Mayan’s relationship with the land remains gentle. They leave a very light footprint and have a very open farming system.

They clearly have a real grá for Trócaire.

Meeting 71-year-old Carmen Xol, one of the heroic women of Sepur Zarco, on the third day of our trip was a humbling experience.

Carmen was one of a group of 15 women who experienced sexual slavery at the hands of the military. Against the odds, this brave group brought a case against two military officials who were eventually held responsible for crimes against humanity.

The legal process can be slow and expensive. Many Mayans do not speak Spanish, which means they struggle to engage with the modern legal system.

The Irish public, through Trócaire, helped to fund their case. It was moving to see the entire community come out and herald the 14 surviving women as heroes on the third anniversary of their day of justice.

The military’s brutal campaign of violence during the Guatemalan conflict – justified on the supposed premise of fighting rebel ‘guerrilla’ forces – essentially amounted to an effort to exterminate the indigenous Mayans.

The CREOMPAZ military centre in the city of Cobán is the scene from which much of this heartache stems. There has been a long wait for a scheduled trial to question the military officers alleged to be responsible.

Relatives of the disappeared are deeply frustrated at the delay. Speaking to one man it was obvious that, even at the age of 56, he is still traumatised by what happened to his father. Now there is an ‘amnesty’ proposed, which would mean that the perpetrators would never be brought to justice.

It was a full house again when we visited. I met a young man from Honduras, a gay rights campaigner who is under the threat of death at home. Another man, from El Salvador, told me that a gang will shoot him if he ever returns home. I met a woman who explained how she and her 10-year-old son had to leave home as he had come under pressure to work for ‘narcos’.

The Migrant House has, at times, struggled to cope with the numbers arriving at its doors. With beds for 60 people, they recently had to sleep 600 in this facility and a further 1,200 in nearby buildings.

On our final day, we visited Abelino Chub Caal, who has been imprisoned without trial in a high-security Guatemalan jail for over two years on five charges. In truth, he has stood up for local indigenous communities to organise and settle back on their land.

Abelino is now imprisoned in a gang-infested jail. Upon entering the prison we were informed that a gang murder had been committed that morning. Abelino is a remarkably courageous man, who works of his local communities.

Hopefully, before too long, he will find freedom and justice.

It was a full-on week and a long road, but it pales into insignificance in comparison to the road travelled by the indigenous Guatemalan people in their struggles.

The communities welcomed us with open arms. They asked that we not forget them, and they also asked me to thank the Irish people for their kindness.

One elderly man’s parting line still reverberates in my mind: ‘Please keep walking with us’.

John Creedon travelled to Guatemala at the behest of Trocaire. 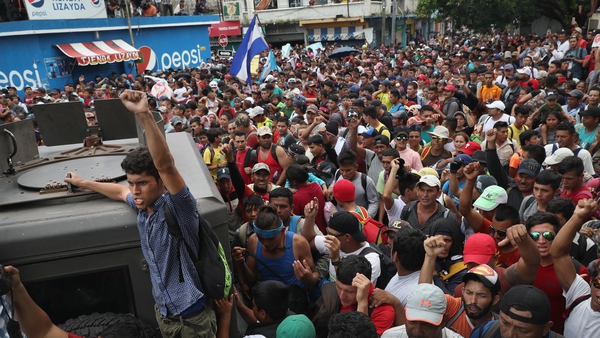 Thousands of migrants in US-bound caravan head into Mexico