Don't underestimate the power of mobile as a storytelling tool, say the creators of a documentary film shot in 4K and entirely on an iPhone- the first of its kind in Europe.

In a MoJoCon session on long form documentary and short film, documentary makers Eleanor Mannion and Jean Devlin discussed their project, ‘The Collectors’, which was shot on an iPhone 6S Plus.

"My idea was to make a standard documentary, I just filmed it on an iPhone because I could. It was daunting, but I was up for the challenge," Mannion explained.

The documentary, shot in 4K using only an iPhone, looked at individuals around Ireland whose lives revolved around their hobby of collecting memorabilia.

Mobile technology in documentary production was one of the key issues discussed during the session, where Devlin addressed the adverse effect it can have on the art of storytelling.

"We didn’t want it to be ‘the iPhone documentary’. We wanted there to be a narrative arc running through the story."

"It was important for us not to have voiceover in the documentary. It becomes their story, as opposed to something we’re projecting onto them."

Also on the panel was critically acclaimed author and screenwriter Bill Carter who encouraged attendees to "make people pause" while telling their stories.

The director of the award-winning documentary Miss Sarajevo told the crowd: "The distance between me and you is what you will watch later and I know it’s hard to capture that in print."

"There’s a personal connection in video I think people respond to. When you make people pause it’s a really big moment. I encourage you as storytellers to take a pause and to be connected to your stories." 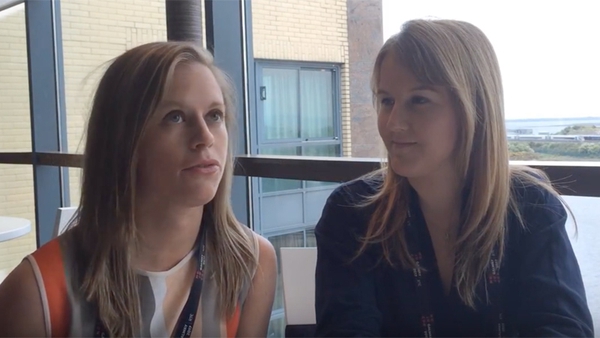 The new RTÉ drama filmed on a smartphone