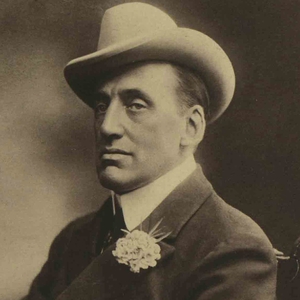 Profile: Edward Henry Carson, Attorney General and prosecutor of Oscar Wilde, was a key figure in Unionism in 1918.

He was profoundly loathed from an early age by Irish nationalists. They didn’t wait to demonise him until the Home Rule crisis of 1912-14. He was pre-despised for his work as a Crown prosecutor under the Tory administration of Lord Salisbury in the late 1880s. He was later celebrated for the masterly and destructive cross-examination of Oscar Wilde in his 1895 libel trial.

Edward Henry Carson, as both Solicitor General and Attorney General, was occasionally responsible for the enforcement of laws which, arguably, he flouted in the creation and arming of a private army, the Ulster Volunteer Force, in 1912. For a man associated with Ulster unionist resistance, he spent precious little time in the province, although he has been a permanent resident there since his death in 1935.  After a state funeral he was buried in St. Anne’s Cathedral in  Belfast.

In 1918 he bade farewell to the Dublin University (Trinity College) constituency. It had been his political home for more than a quarter of a century, but, although he would undoubtedly have been returned yet again as a Trinity MP he surrendered to realpolitik, and ventured north to the unionist heartland of Duncairn in loyalist east Belfast.

To say that Carson had been elected for one of the two Dublin University seats at every ballot since 1892 would be somewhat misleading. He was elected in 1892, receiving 1609 votes, to finish second in a three horse unionist race. Thereafter he was returned unopposed, even in the by-election of 1900 occasioned by his own appointment to the position of Solicitor General for England.

With the expansion of the franchise in 1918 (it almost trebled in Ireland) the number of constituencies in Belfast had increased from four to seven.  In Duncairn, where the turnout was over 75%, Carson won easily, with more than 81% of the vote. He inflicted an expected and heavy defeat—by more than 9,000 votes—on the Irish Parliamentary Party candidate, William Hamilton Davey. Davey was a barrister,  a Protestant nationalist, a major in the British Army, and a recently returned WW1 veteran. Sinn Fein ran Dr. Russell McNab who pulled in a miserly 271 votes.

The fact that De Valera’s party actually ran a candidate did not prevent Carson from consistently referring to Davey as ‘a Sinn Feiner’. This would subsequently cost him damages in a civil action for defamation taken by Davey. The spirit of Oscar Wilde must have smiled at that, but Davey had little time to enjoy his legal victory over the former Attorney General. He had contracted blood poisoning during his war service and died in 1920.

Had he chosen to do so Carson could have exercised the option of attending the meeting of the First Dáil in the Mansion House on 21 January 1919. Like all of those elected to Irish seats in December 1918 he received an invitation to attend. At least he assumed that’s what it was. It was written in Irish, a language in which he would not have claimed proficiency. He kept the invitation as a souvenir. When his name was called out in the first roll call of the new Dáil there was a predictable second of silence, followed by a peal of laughter from the Sinn Fein delegates and the audience in the Mansion House.

Carson served the electors of his constituency for two and a half years, before becoming a judge of the Court of Appeal, as Baron Carson of Duncairn.

He would have made a delightfully bothersome loyal opposition to Sinn Fein in Dublin in January 1919.

Myles Dungan is an author and broadcaster.

Myles Dungan is an Irish broadcaster and author.