You have had your say about RTÉ

Your views will guide what we do in the years ahead

Almost 10,000 members of the public have responded to RTÉ’s invitation to say what they think about RTÉ through its 'Have your say’ campaign.

View the results of the public consultation here

In February and March 2021, through an independent survey, and following a national ‘Have Your Say’ media campaign, members of the public were invited to give their views on RTÉ and what they want from it, whether they regularly consume RTÉ’s television, radio or online services, or not. These views will guide what RTÉ will do over the years ahead.

Under the Broadcasting Act (2009), RTÉ is required to consult with the public and prepare a Public Service Statement every five years. This statement sets out the principles to be observed and activities to be undertaken by RTÉ in order to fulfil its public service remit. This year’s consultation received the largest ever response to a media consultation with the Irish public.

The anonymous survey was conducted by Behaviour & Attitudes (B&A) on behalf of RTÉ and all members of the public were invited to give their opinions. 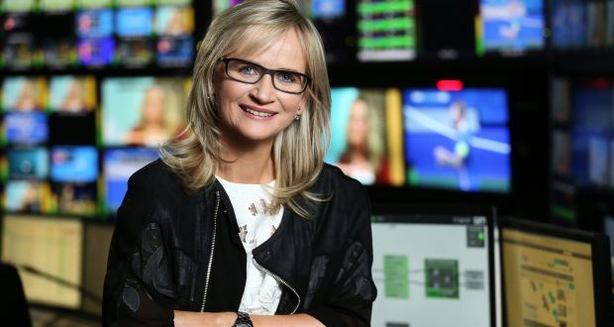 Our audience – you – is at the very core of RTÉ’s vision: to champion Irish culture by captivating audiences with trusted, engaging, and challenging content; to celebrate our country's rich diversity; and to cultivate Ireland's talent.

Every five years RTÉ must prepare a Public Service Statement, setting out in broad detail what we will produce, where we will focus, and what we will do, to better serve audiences all over Ireland. Whilst that statement is our obligation as Ireland’s national public service media, we see it as much more than just something we must do. We see it as a chance to listen and allow you to shape the future of your public service media. After all, RTÉ is yours.

When we last invited you to tell us what you want and need, in 2015, there were less than 1000 responses. However, almost 10,000 of you responded to our most recent survey, conducted in February and March of this year.

In some ways, this significant increase in responses is not surprising. The last 16 months have truly clarified the role of public service media in society, and audiences have come to their national public media in record numbers. 90% of Irish people chose RTÉ as their primary source of information on the Covid-19 pandemic in 2020; RTÉ Player saw a 36% growth in viewing in 2020, with 67.5m streams; and almost 4 million individuals tuned in to RTÉ’s television services in the early stages of the pandemic (2 March–17 May 2020). So we know that public media matters to you, and we know you have strong feelings about what you want from it.

Now, with the results of this latest national survey – among the biggest such surveys conducted in recent years – we are better equipped than ever to deliver what our audience wants, when you want it, and where you want it.

The values of public media are shared widely across Europe and, in responding to this survey, you have told us that being independent from political, commercial, and other influences is important. You want a national broadcaster that acts in the best interest of society, that supports innovation and creativity, that promotes Ireland’s diversity and culture, and which is accountable to you. Crucially, you’ve endorsed the idea of an RTÉ that’s for everyone, and available to everyone.

Of all those founding principles, one shines through: 94% said it is important that RTÉ is independent. We agree – and this core principle will continue to be the cornerstone of our journalism, of who we are, and of what we do. Aligned to that, 97% of you say it’s important that RTÉ provides high quality national and international news and current affairs that is accurate, fair, impartial and objective. Building on the legacy and proud tradition of RTÉ News will remain a key focus in the years ahead.

The survey also indicates strong support for public media as an idea, and for RTÉ’s remit and role specifically; 89% of you say it is important that RTÉ produces a mix of programmes and content for all audiences, and 89% of you also agree that high-quality content, made in Ireland, and made about Ireland, is important. You want your national public media to fulfil a range of roles, to make us laugh; to reflect the growing diversity of a changing Ireland; to facilitate debate; to contribute to an informed society; and to join with you in creating even more shared experiences.

It is clear that you place huge trust in RTÉ. You expect big things from RTÉ. We agree with you that the very heart of our public purpose is to reflect Irish life, and Irish lives. This survey, alongside our other range of audience insights, provides the seeds that will allow us to serve you better in the future. You can read the full results at the link on this webpage.

Thank you for sharing.

This survey was conducted by Behaviour & Attitudes (B&A), Ireland’s largest independent market research company, on behalf of RTÉ. Personal information was not collected by or provided to RTÉ, further to B&A’s privacy policy. Findings could not be linked back to participants personally in any way. RTÉ only sees aggregated and anonymous survey results. B&A is a trusted provider to RTÉ and further information, including their privacy policy, is available at https://banda.ie/.

About the survey methodology

In designing the public consultation, RTÉ’s objectives were for it to be as open and inclusive as possible, to collect the views of as many members of the public as possible. The consultation was supported by a national media campaign letting the public know it was happening and inviting them to take part and ‘Have your say’.

The public consultation was live for five weeks during the period 15 February to 21 March 2021.

RTÉ is considering the public consultation findings. These findings will inform RTÉ’s next Public Service Statement which is like a charter or mandate from the public, RTÉ’s audience. This statement will guide what RTÉ will do over the years ahead and will feed into the organisation’s longer-term.

When a draft statement has been approved by the RTÉ Board later in 2021, it will then go to the Minister of Tourism, Culture, Arts, Gaeltacht, Sport, and Media for her approval, subject to consultation with the Broadcasting Authority of Ireland. When RTÉ’s statement has been given Ministerial consent, it will be published on www.rte.ie alongside these consultation findings.

View the results of the public consultation here