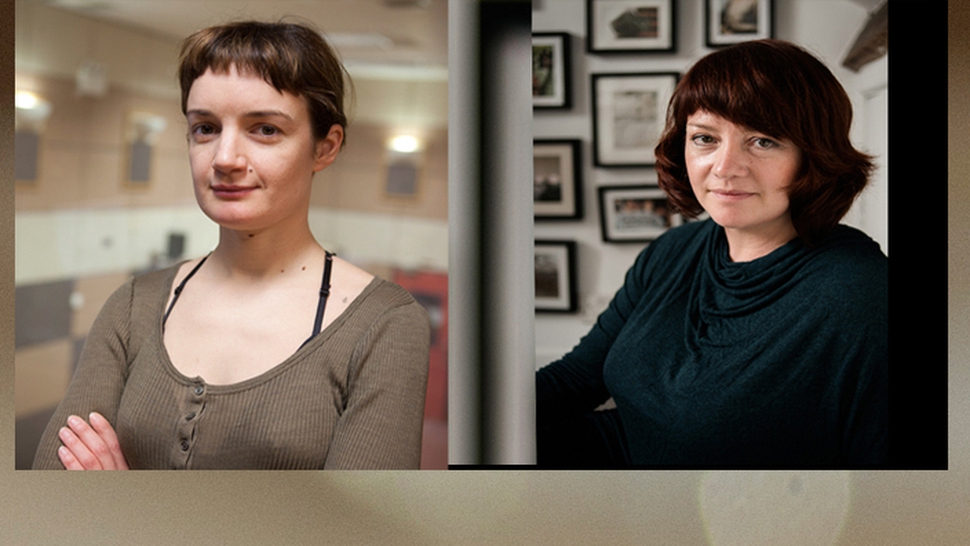 The door opens. The door closes. And then there are more..

A new radio work by the acclaimed author of A Girl Is a Half-formed Thing  and The Lesser Bohemians. Mouthpieces is performed by Eimear McBride and Aoife Duffin.

Mouthpieces divides into three miniature plays, each depicting a fragment of female experience, all of them in the author's vivid, original and sharp-witted style.

In The Adminicle Exists, we hear the inner voice of a woman who saves her troubled, dangerous partner; In An Act of Violence, a woman is quizzed about her reaction to a man’s death; In The Eye Machine, the character ‘Eye’ tells of her imprisonment, flickering through a slideshow of female stereotypes.

Mouthpieces was written over the course of McBride’s Creative Fellowship at the Beckett Research Centre, University of Reading. The opening piece, The Adminicle Exists will be published in the Faber Anthology, Being Various: New Irish Short Stories, edited by Lucy Caldwell, in May 2019.