The great crime writer Georges Simenon (1903-1989) lived for a few years at Shadow Rock Farm, in Lakeville, Connecticut in the early 1950s and wrote a number of stories set in the area  - indeed a few  of his Inspector Maigret novels are set elsewhere in the USA.

First published in French as Le Main in 1968, The Hand is a compelling story, black with the patina of noir, which charts with a disorienting sense of menace the fall-out after a drinks party hosted by Ashfield, a wealthy neighbour. The lawyer Donald Dodd is the complex, conflicted narrator of the piece who suffers a existential crisis or nervous breakdown of sorts, after his friend Ray Sanders goes missing in a severe snowstorm.

Dodd, his wife Isabel and Sanders’ wife Mona make it home safely from the wealthy neighbour's drinks party. En route, Dodd had been forced to abandon his car in which the friends are travelling. They decide to walk, but by the time they get to Dodd's home, they realise that Sanders is not with them. Dodd elects to go search for his friend, but is seized by an odd inability to actually do so.

Sitting on a bench in his barn, half-sozzled after the night’s carousing, and realising that he has committed a grave, possibly criminal act of neglect, Dodd contemplates his terrible failure. The reason, he concludes, is a sudden, all-consuming fit of sexual jealousy. Earlier that evening, at the party he found Sanders in the act of making love to Ashfield’s wife, Patricia, in a bathroom at the couple’s mansion.

Dodd has indeed lusted after Patricia Ashfield, but he also finds Mona sexually attractive. Both women arouse feelings in him which are not aroused by his  wife Isabel, whom he views as a caring, if enigmatic organiser of his life. The Dodds have made love, at his estimate, on a couple of thousand occasions, yet their relationship is an oddly unreal match. Over the weekend following Sander's disappearance, the Dodds' ostensibly comfortable but isolated home becomes a very unsettling place.

Thus, Sanders absence, Dodd’s lustful feelings for Mona - who is curiously indifferent to her husband’s fate in the snow -and the ever-watchful Isabel make up a taut the ménage a trois. The Hand is, of course, one of Simenon’s roman durs, or `hard novels,' of which he was especially proud (others include Dirty Snow and The Mahé Circle.)He believed these tales merited the kind of respect which writers such as Albert Camus had received for his literary output. Whether such acclaim was Simenon's entitlement is a moot point, but you will follow this 180-page yarn closely for its sheer slow-burning badness, in Linda Coverdale's fluent translation. 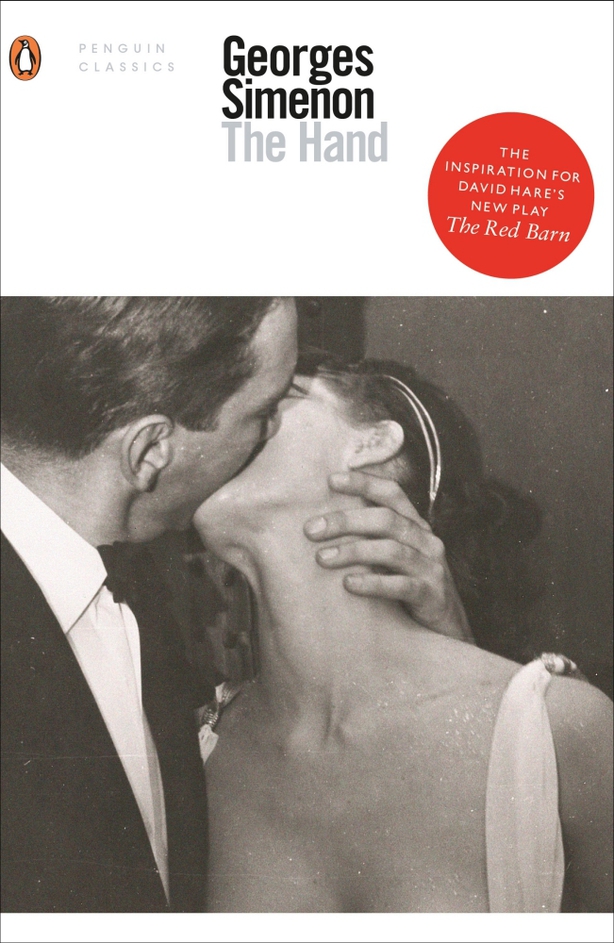