Four weeks into lockdown, the potted plant on the bathroom windowsill sent out an unexpected stem.

The whole plant was a small whorl of fat, tapered leaves. Each leaf was speckled and fringed with harmless spines. There were no other shoots; the new one was the first one.

At the tip, there was a knot of plant flesh.

A messily furled flag or sail; a tiny, clenched fist made up solely of soft thumbs.

I knew that the plant was a succulent, but I didn't know the species.

I have always chosen succulents as my house plants for their ability to drink invisible moisture from the air, to sip the damp of my under-heated rooms and store it in their bloated limbs and survive no matter how persistently I ignore them.

I didn't know the species because every time I buy a potted plant I throw away the plastic, spade-shaped label.

Every time I buy a piece of loose fruit, I peel the coded sticker off, and every time I buy a bale of kindling, I slice the garish net and scatter the freed sticks into a rusted bucket. And so on any ordinary day it might seem as if my apples had been freshly picked; my wood freshly chopped; my plants recently shovelled up from nearby soil.

Instead, on the extraordinary days, I visit the supermarket. I sneak between the pens of imported merchandise wearing a black mask.

So the succulent sent out a spear and pressed its weapon-like tip against the frosted glass, as if it was in the process of becoming a triffid; as if it was reaching out for its fellow aliens – the ones that riddled the hedges of our daily walk.

By then I had noticed every detail of the house.

The wart-like blobs of faded Blu Tak; the faint smell of garlic in the cutlery drawer; the places where the wall paint licked the skirting board.

In a folder on my laptop there was a photograph of the steel strainer in the kitchen sink and all the wet fragments it had gathered in the space of a day.

A triangle of carrot, a semicircle of pea, a shred of the pink fuzz of the scrubber, a few strands of embroidery thread shooting out like blue sparks.

Also in the folder, there was a photograph of a wrinkled eye that had appeared in the skin of a pear; another of a perfect spiral of toothpaste in the tip of a tube's white cap; another of the plants that grew beneath the slatted wood of the garden bench and the shadows they cast in bright sun.

What was my theme?

Something to do with the shrinkage of nature; with the familiar slowly becoming anomalous and menacing.

The alien plant imagined by John Wyndham in his 1951 novel, The Day of the Triffids, was seven feet tall, mobile and vocal, trimmed with muscular leaves. A hollow stem stretched from its cup-shaped maw and ended in a furled and swinging fist.

Like my succulents, the triffids had adapted to thrive in poor conditions.

They perambulated about the streets of London lashing out at the blinded, blundering humans with their poisonous stingers. The scenes of devastation described by Wyndham were based on his experiences as a firewatcher during the blitz.

He had also studied carnivorous plant species; he was interested in the rise of genetic engineering.

The cacti I habitually buy are the ones with brightly-coloured, papery flowers glued between the prickles. I used to be attracted to their fakery, but then I learned they are in fact the real florets of a plant called the everlasting strawflower.

The florets of the everlasting strawflower are plucked, dried, dyed and glued to the stubborn, barren cacti.

So the succulent on the bathroom sill sent out a new limb and mustered up a strange flower. The clenched tip parted and opened; several short arms held out a petal – jug-shaped and drooping, pale pink and semi-transparent.

The skin-like, jug-shaped petals grazed the glass and trembled.

And I was not able to remember

whether this was something that happened every summer,

or if the pandemic 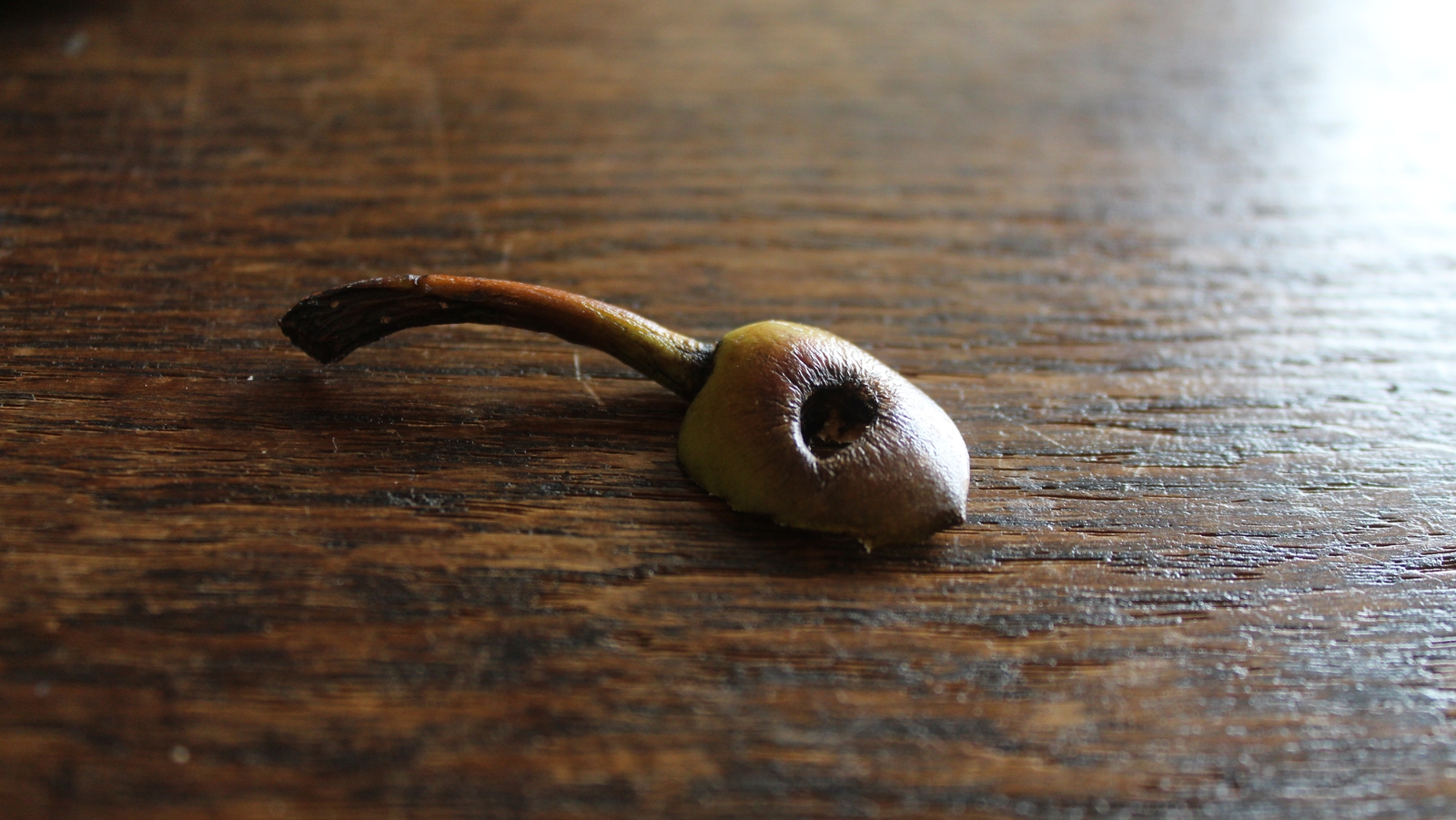 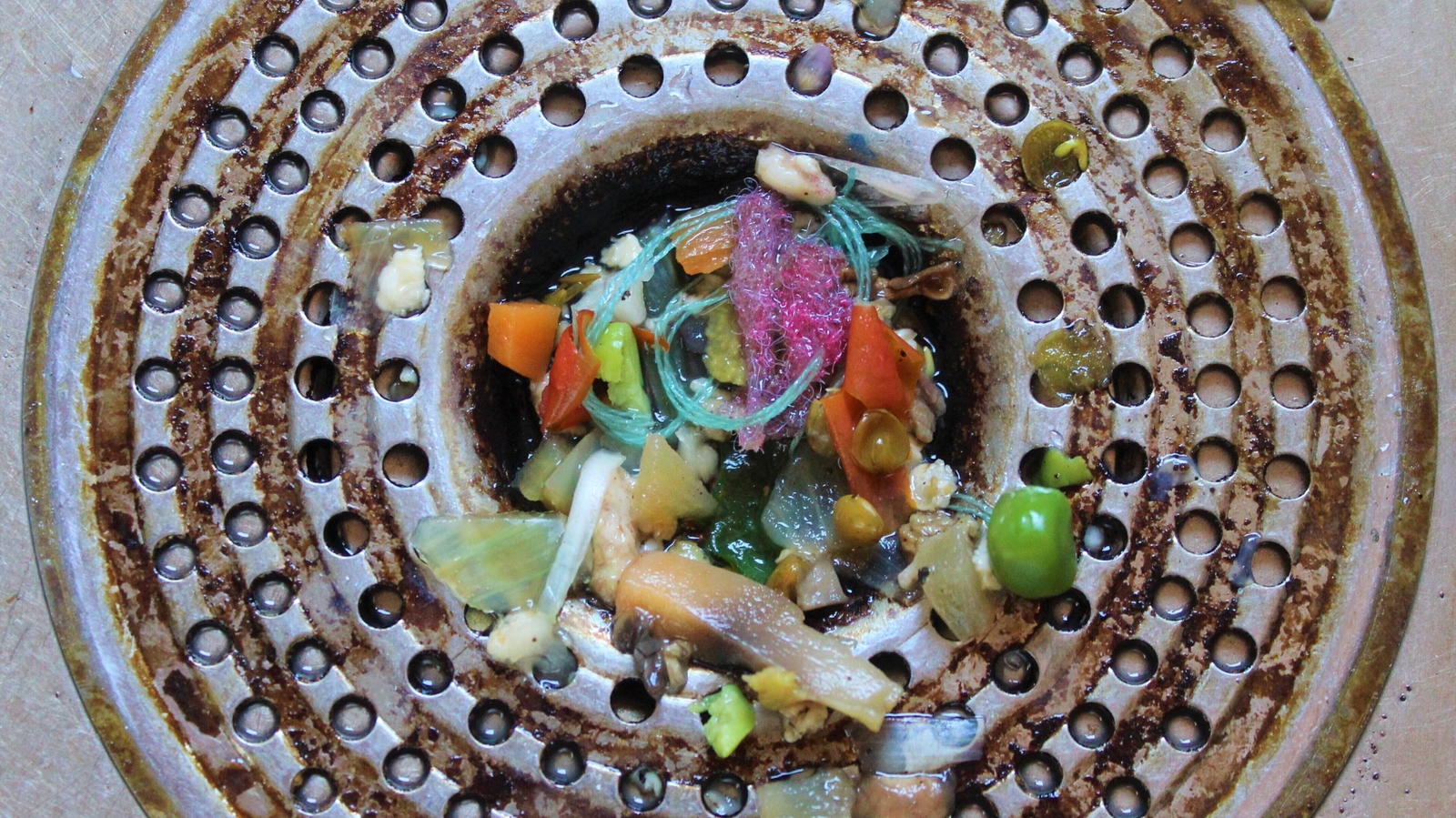 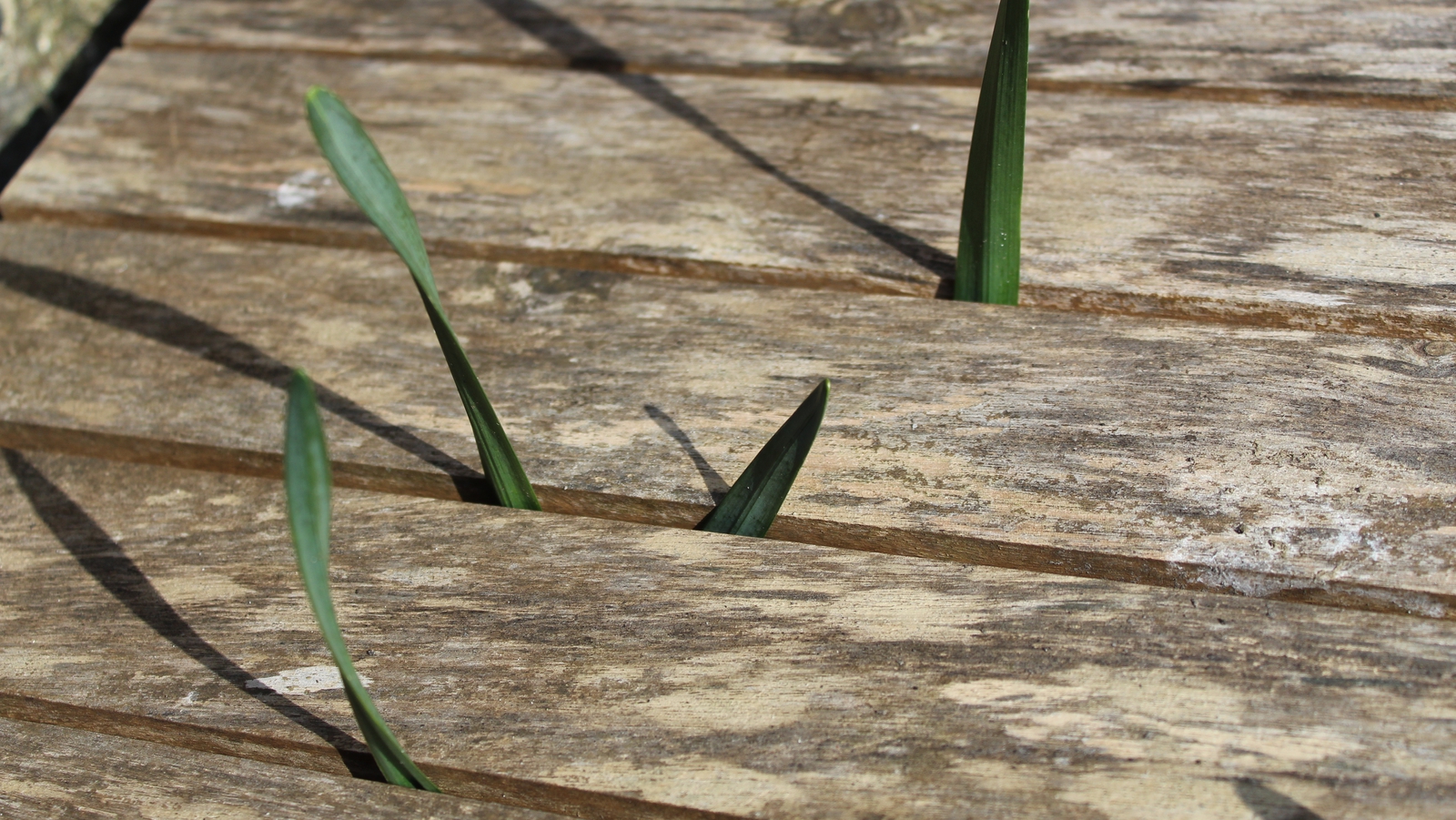 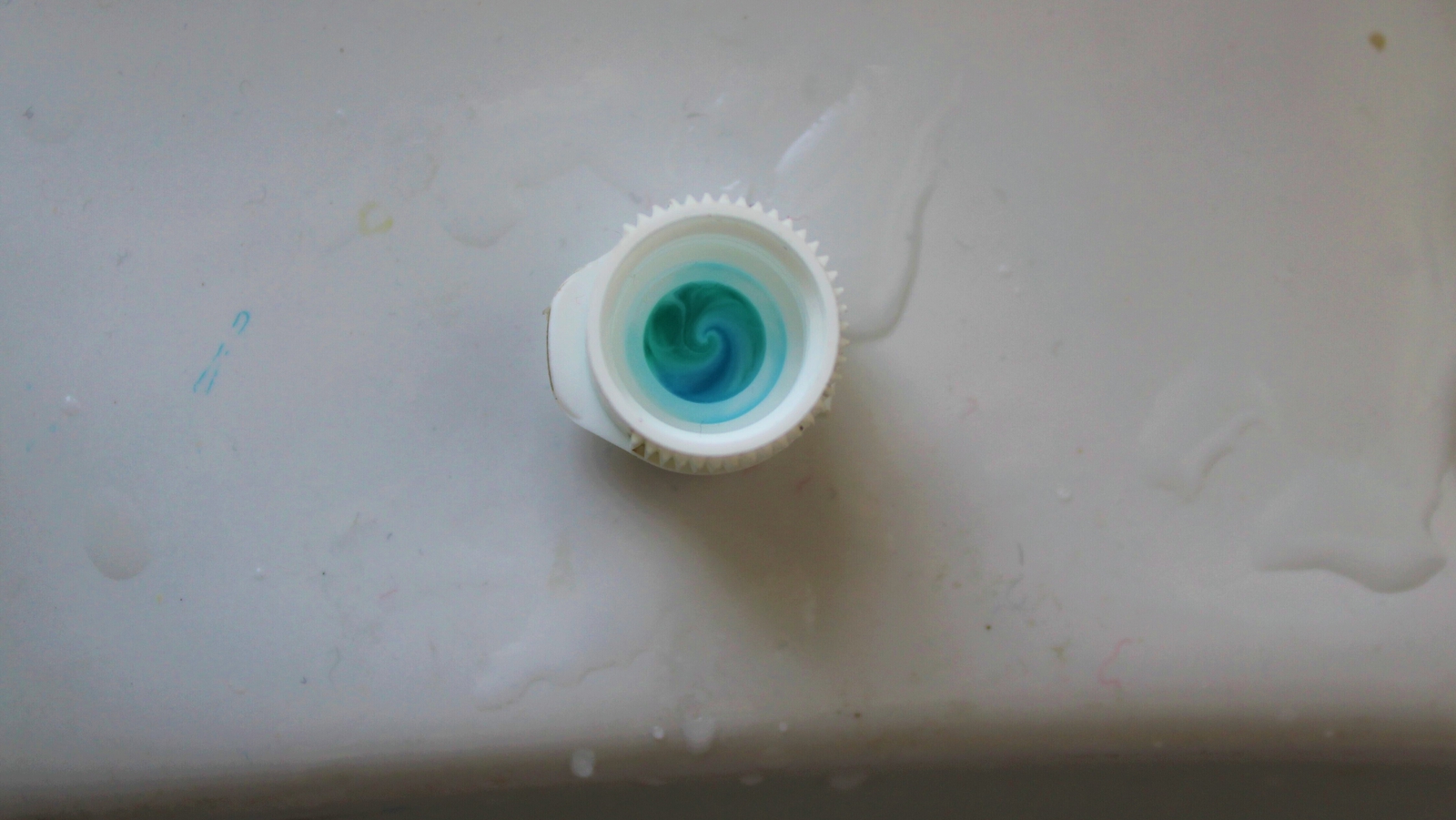 The Everlasting Strawflower is about a potted plant that produced an unexpected flower. This piece is an attempt to stitch these two tremendous emergencies together.

This short piece, The Everlasting Strawflower, pitched somewhere between a lyric essay and a prose poem, was written to be read aloud and – where the text is italicised – whispered. It is accompanied by five photographs.

The piece – made up of over-scrutiny; of light, imaginative leaps – channels and makes reference to science fiction. Through this work, Sara realises that her own experience of the pandemic has not been large. Instead, it has been characterised by cancellations, absences, stillnesses; effects identified by meagre, repeated gestures – the crossing-out of events marked on the calendar, the passing of a bar of soap from palm to palm. Retrospectively, Sara remarks that everything she has written recently and maybe everything she has ever written, circles the same narrow, yet searing, range of concerns.

The artist's circling concerns are routinely connected to climate change, haunted by the idea that something catastrophic is happening to the world, although not yet encountered directly. Finding just crumbs or clues and little evidence in her ordinary, pre-pandemic life, Sara accepts that Covid-19 has dove-tailed with her own non-experience of climate change. 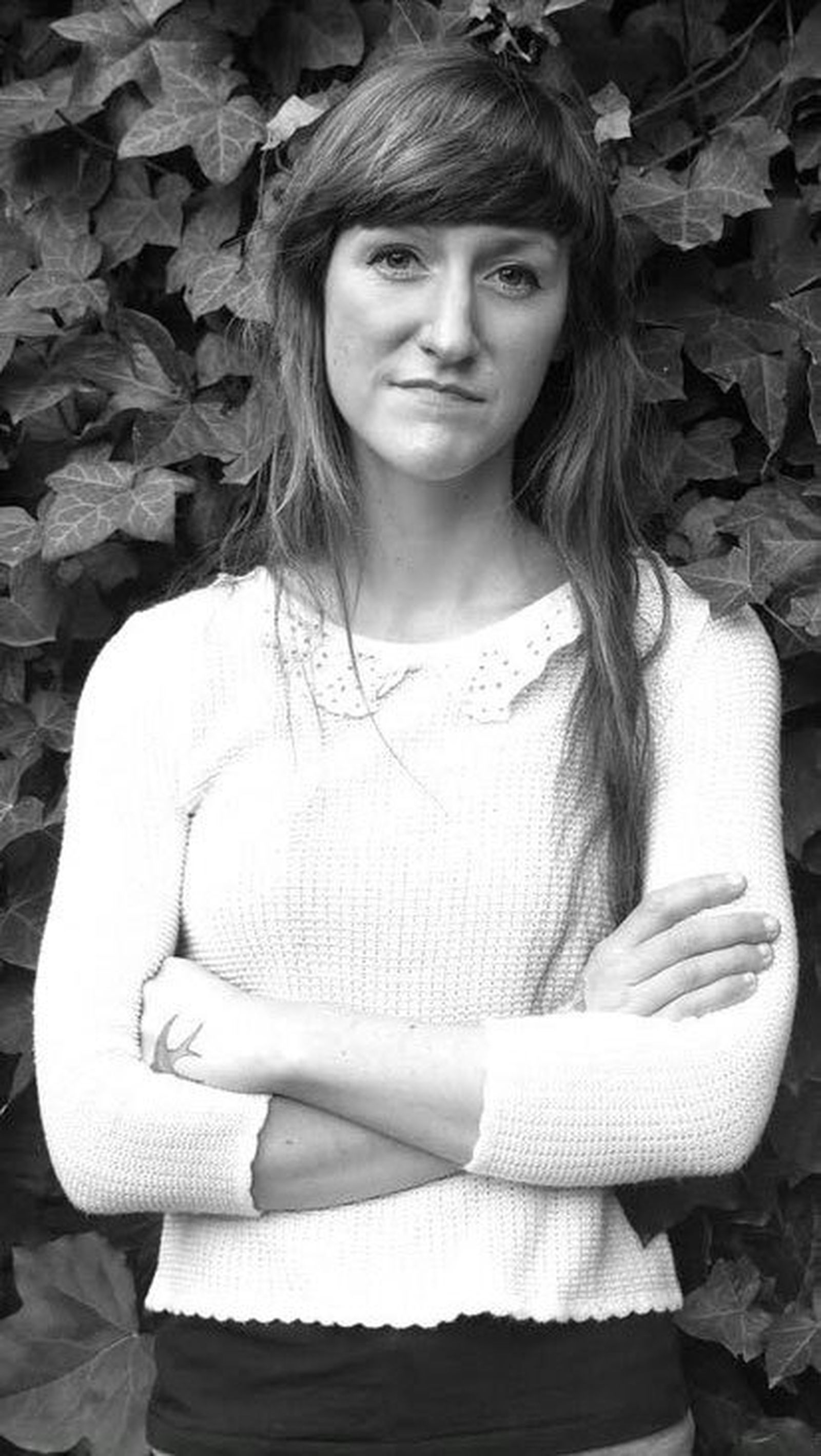 Sara Baume is a visual artist and writer based in west Cork. Her debut novel – Spill Simmer Falter Wither – won the Geoffrey Faber Memorial Prize, was shortlisted for the Costa First Novel Award and has been widely translated. In 2017 her second novel, A Line Made by Walking, was shortlisted for the Goldsmiths Prize. She has also been awarded the Rooney Prize and a Lannan Literary Fellowship. Her first book of non-fiction, handiwork, was published in spring 2020. Throughout the book, Sara contemplates her daily creative processes and what it takes to be an artist, while reflecting on nature, life and grief.

In this piece, Sara looks at her series of lockdown photographs and asks herself directly: What was my theme? The whispered, hesitant answer is: Something to do with the shrinkage of nature and with the familiar slowly becoming anomalous and menacing.