It's time to rewrite history, and the future: Herstory on RTÉ is coming this February.

RTÉ has partnered with the Broadcasting Authority of Ireland, Herstory, EPIC The Irish Emigration Museum, and Underground Films to bring the stories of Ireland's greatest female trailblazers to Irish screens.

Between St. Brigid’s Day on 1st February, and International Women’s Day on March 8th 2020, RTÉ celebrates the achievements of Irish women who broke new ground, and whose work changed the lives of others, and in many cases, the course of history. The season will centre around a new, landmark, six-part documentary series on RTÉ One television, produced by award-winning production company Underground Films. 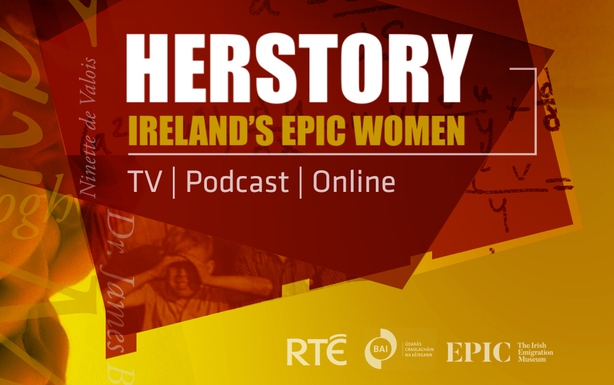 Beginning Monday February 3rd on RTÉ One Television, HERSTORY: Ireland’s EPIC Women tells the stories of some of Ireland’s most remarkable pioneers in the fields of business, politics, science, the arts, aviation and technology:

Record-setting and daredevil aviator Lady Mary Heath, a Limerick woman of many 'firsts' and one of the best known women in the world in the 1920s.

Groundbreaking computer programmer Kay McNulty, a Donegal Gaeilgeoir who was one of the six original programmers of the ENIAC, the first general-purpose electronic digital computer.

Pioneering Cork surgeon Dr. James Barry who lived as a man to pursue a medical career and whose many achievements include performing the first successful caesarean section in the British Empire in which both mother and baby survived.

Cork-born activist and union leader Mother Jones ("the most dangerous woman in America") who founded the Social Democratic Party and helped establish the Industrial Workers of the World.

Dubliner Oonah Keogh a successful trader and entrepreneur who became the world’s first female member of a Stock Exchange.

On digital, an 18-part podcast series, produced by Underground Films with Tall Tales, will bring to light the stories of 18 more Irish female pioneers from history. Discoverable on any platform where you download your podcasts, the HERSTORY: Ireland’s EPIC Women podcast will be published each week on RTÉ’s Herstory site - rte.ie/herstory – where you can also discover more biographies of remarkable Irish women, alongside Herstory lesson plans for primary and secondary schools and much, much more.

In addition, RTÉ Young People’s Programmes have commissioned six original Irish animations, each telling the story of one inspiring Irish woman. The women featured in each animation were nominated by schoolchildren from across Ireland as part of RTÉ’s Who’s Your Heroine? campaign last Autumn – a callout to schoolchildren to nominate the living women and women from history who inspire them and whom they felt should be the subject of these new animations.

The animations, made by six different Irish animation teams, tell the stories of: Laura Geraldine Lennox an Irish suffragette from Durrus, Co Cork who was nominated by her grand-niece; Citizen scientist- astronaut candidate Dr.Norah Patten; daredevil aviator Lilian Bland from Antrim; one of the founder of modern-day camogie Máire Ní Chinnéide; Mary Elmes, the Cork woman who saved the lives of hundreds of Jewish children during WWII and an ode to all our much-loved grannies in The Irish Granny.

Blazing a Trail: Lives and Legacies of Irish Diaspora Women, is an exhibition celebrating the lives and legacies of 21 pioneering Irish diaspora women of the 19th and 20th centuries who blazed a trail in a wide range of fields and is hosted by EPIC The Irish Emigration Museum in The CHQ Building, Dublin until March. This exhibition is free and open to the public. In addition, EPIC will host a number of family events, discussions, walking tours and workshops highlighting the lives and stories of Ireland’s epic women, again running until March. Details of all these events can be found on epicchq.com. 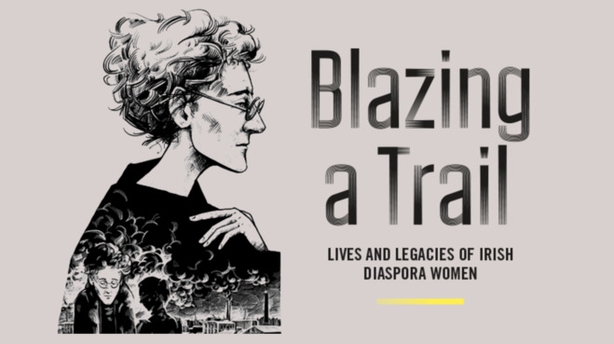 And, to kick off the season, the annual International Herstory Light Festival, will light up buildings in towns and cities across Ireland, Northern Ireland and the world with specially-commissioned portraits of women, including 6 illustrations commissioned by RTÉ's Young People’s Department as part of RTÉ’s Who’s Your Heroine? project, across Brigid’s weekend (31st January – 3rd February). Look out for the locations, dates and times of the illuminations plus a gallery of images from the night on rte.ie/herstory. The festival programme also includes storytelling events, theatre shows and creative workshops for all ages and interests. Find out more and book tickets on herstory.ie/light.

These are the stories of the women who broke boundaries but whose stories never made the history books. It’s time to change that record.