Annie Wood was born in London in 1847 to Irish parents. At nineteen, she married, more out of duty than attraction, Reverend Frank Besant.

He was seven years her senior, and she later admitted that they were 'an ill-matched pair'. She took up writing in 1868 and was dismayed to learn that as a married woman, her earnings were not her own. The couple had two children in eighteen months, and the prospect of a third horrified Annie, not least for financial reasons.

Besant’s struggle with her faith began in 1871, when her daughter almost died of whooping cough. Discovering that she had turned to freethought, her husband gave her an ultimatum: take communion regularly in his parish, or leave. ‘Hypocrisy or expulsion,’ she later recalled – ‘I chose the latter.’ She obtained a legal separation and a small allowance, and moved to London with her daughter, becoming at first a women’s rights activist. ‘Red Annie’ was born. 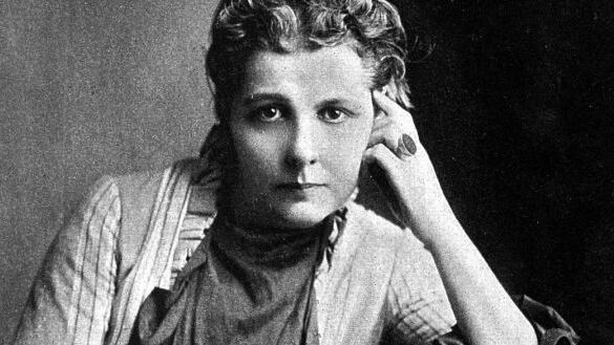 From 1874, she became one of the National Secular Society’s most effective public speakers, filling halls across Britain. She also worked as a journalist for the National Reformer.
In March 1877, the Freethought Publishing Company was prosecuted under the Obscene Publications Act for issuing a treatise on contraception. At the trial, Annie became the first woman to publicly endorse birth control; part of her argument was the alleviation of poverty. However, her estranged husband argued that this made her an unfit guardian, and reclaimed custody of their daughter, much to Annie’s distress.

By the late 1880s, Annie was a leading socialist: a member of the executive of the Fabian Society, editor and contributor for an array of socialist publications, and author of Why I am a Socialist and Modern Socialism. On ‘bloody Sunday’, 13 November 1887, she led a procession on Trafalgar Square by East End workers. In 1888, she was instrumental in the establishment of the Matchmakers’ Union, the first union to exclusively represent women workers. In 1889, she was elected to Tower Hamlets’ school board.

Suddenly, in 1889, she turned to theosophy, having been convinced by Helena Petrovna Blavatsky, Russian co-founder of the Theosophical Society. Her beliefs changed completely and she reversed her position on birth control. Like other Victorian converts, she may have been attracted by Theosophy’s female leadership and its rejection of Judaeo-Christian patriarchy.

In 1891, Blavatsky died, leaving Besant head of the Society. She arrived at their Madras headquarters on 16 November 1893. She dedicated herself to Indian education, founding, in 1897, the Central Hindu College in Benares. She adopted Indian dress, attempted to follow Indian social customs, and published her own translation of the Bhagavad Ghita from the original Sanskrit (1895).

From 1907, she was active in the campaign for Indian self-government. In 1913, she joined the Indian National Congress, becoming its first woman president in 1917. She was interned for her Indian nationalism in May–August 1917.

After 1917, her influence in Indian politics diminished, not least due to her opposition to Ghandian passive resistance. Her last official appointment was in 1928, as a member of the Nehru committee to draft an Indian constitution. In the 1920s, her position as president of the Theosophical Society took her all over the world. She died at Adyar on 20 September 1933 and was cremated there. On her death, many tributes were paid by Indian feminists.