The family of Seamus Heaney have said he would have been proud to see a new arts and literary centre located in the region where he spent his childhood.

The £4.25 million (€4.9m) building was officially opened by the Nobel laureate's widow Marie Heaney and their children, Christopher, Michael and Catherine on the site of an old RUC barracks in his native Bellaghy, Co Derry.

The Seamus Heaney HomePlace is surrounded by the rural lands which inspired much of his work. At its heart is a permanent exhibition on two floors about the poet's life and writing along with a 189-seat performance space, a library with books from his home which his family donated and room for exhibitions. 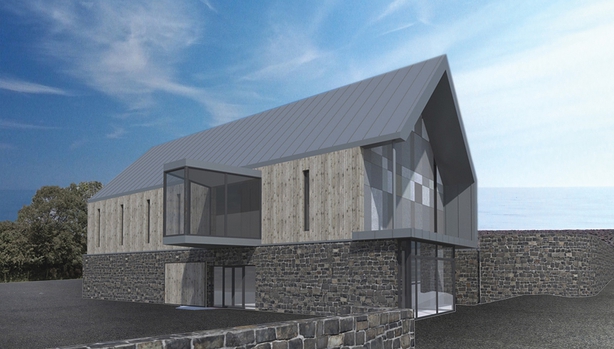 Son Michael paid a glowing tribute to those behind the project. "HomePlace has turned out to be precisely how we envisaged," he said. "It will become a hugely important place for all of our family, and all of those who treasured Seamus.

"We are so grateful that dad is being honoured in such a generous fashion, and we know he would have been proud to have his life and work celebrated in such a positive way.

"The exhibition space, programming and general approach to HomePlace manages to intertwine the work and man."

About 200 guests gathered for the official opening including singer-songwriter Paul Brady and actor Stanley Townsend, who read from Heaney's work at the event. A piece of music entitled LifeCycle, specially created for the event by nine musicians from Ireland, Scotland, Japan, the US, Poland and Greece was also played.

Those behind the project said the influence and impact on Heaney of the people and the place of Co Derry are central to the exhibition. Visitors will take in a journey through his life and literature, including photographs, stories, personal items and objects and books and they can also watch a film of the reaction to his Nobel award.

Heaney was in Greece at the time and was unaware for two days that he had received the greatest literary accolade.

Northern Ireland First and Deputy First ministers Arlene Foster and Martin McGuinness paid tribute to the Heaney family and those behind the project and the legacy Heaney created.

"Seamus Heaney was a much-loved son of Derry, an ordinary man with extraordinary talents and this new arts and literary centre will be a tourism magnet for Mid Ulster," he said.

"Seamus Heaney in his work bridged the distances between countries and cultures, and between our era and past civilisations. Whether people arrive here with a well-thumbed book of the work of Seamus Heaney or with no prior knowledge, they will leave truly inspired."