I had approached this book with some trepidation, because, unlike her thousands of ardent fans, I didn’t like Emma Donoghue’s Room, the gimmickry in the writing getting in my way. This time, however, I was drawn in from the start, as Nurse Elizabeth, or 'Lib' Wright arrived from London to ‘the dead centre of Ireland’ (a village outside Athlone) to take up a privately-paid position with the O’Donnell family.

Her task is to ‘observe’ for a fortnight, 11-year-old Anna O’Donnell, who apparently hasn’t eaten for four months. She will then assist a committee to determine whether the child is a saint or a fraud. Nurse Wright has served in the Crimean War under the legendary English nurse Florence Nightingale (whom she refers to as ‘Miss N’). Nightingale's influence and teachings are ever-present, though not unquestioned, as when Elizabeth remarks: ‘sometimes the teaching held more than the teacher knew.’ Wright's professional training and her Church of England pragmatism have got her this job, though she now claims to have no religion. ‘I don’t pray’, she tells Anna, ‘I had no sense of getting a reply.’

The nurse arrives in post-Famine Ireland of 1859 to find a family and community caught up in religion and tradition. Frustration soon sets in as tries to come to terms with the circumstances around her.

Anna claims to be living on ‘Manna from Heaven’, but as her condition starts to deteriorate, the nurse questions her own role in the proceedings. Aided and abetted by a Dublin journalist, Nurse Lib reaches the conclusion that she alone among the grown-ups, can do what is needed to save Anna from herself.

Thus a plan is hatched and here there are some similarities with Room  -  the confined space, an intense relationship between nurse and ward, and as the tension mounts and the story moves to a conclusion, ‘at the dead centre, a sort of beauty.’

In her author’s note, Emma Donoghue tells us that The Wonder is an invented story, inspired by almost fifty cases of so-called 'Fasting Girls', who were wondered at for surviving for long periods without food, between the 16th and 20th centuries. Some claimed religious motives, others didn’t, some lived and others died. Parents and health professionals who have encountered anorexia will recognise much here, despite the historical setting. It’s a wondrous tale she weaves, and I liked it.

Emma Donoghue's The Wonder is published by Picador. Emma Donoghue discusses The Wonder with John Kelly on this Thursday's episode of The Works Presents - RTÉ One, Thursday, 11.05pm 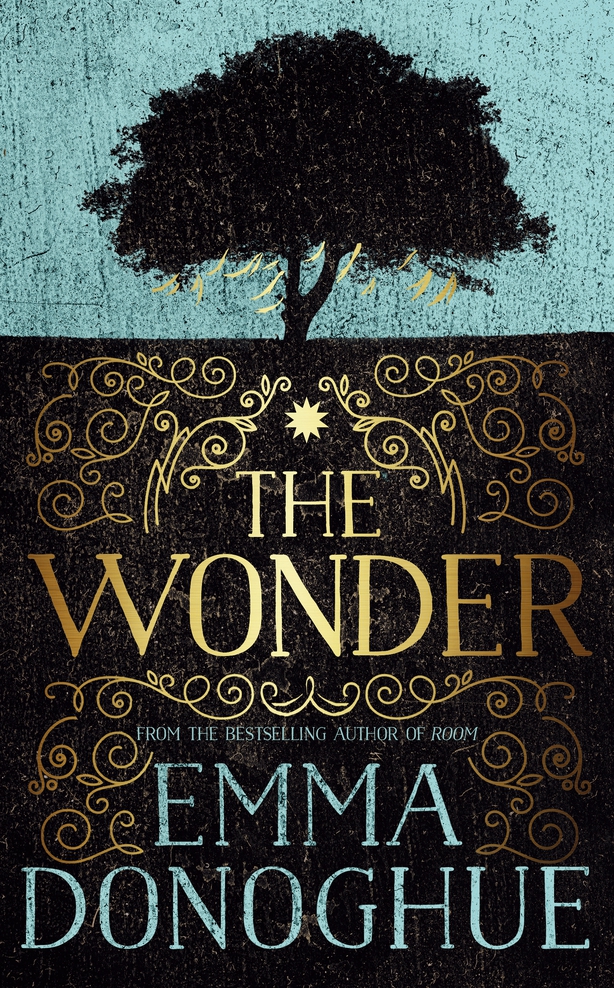